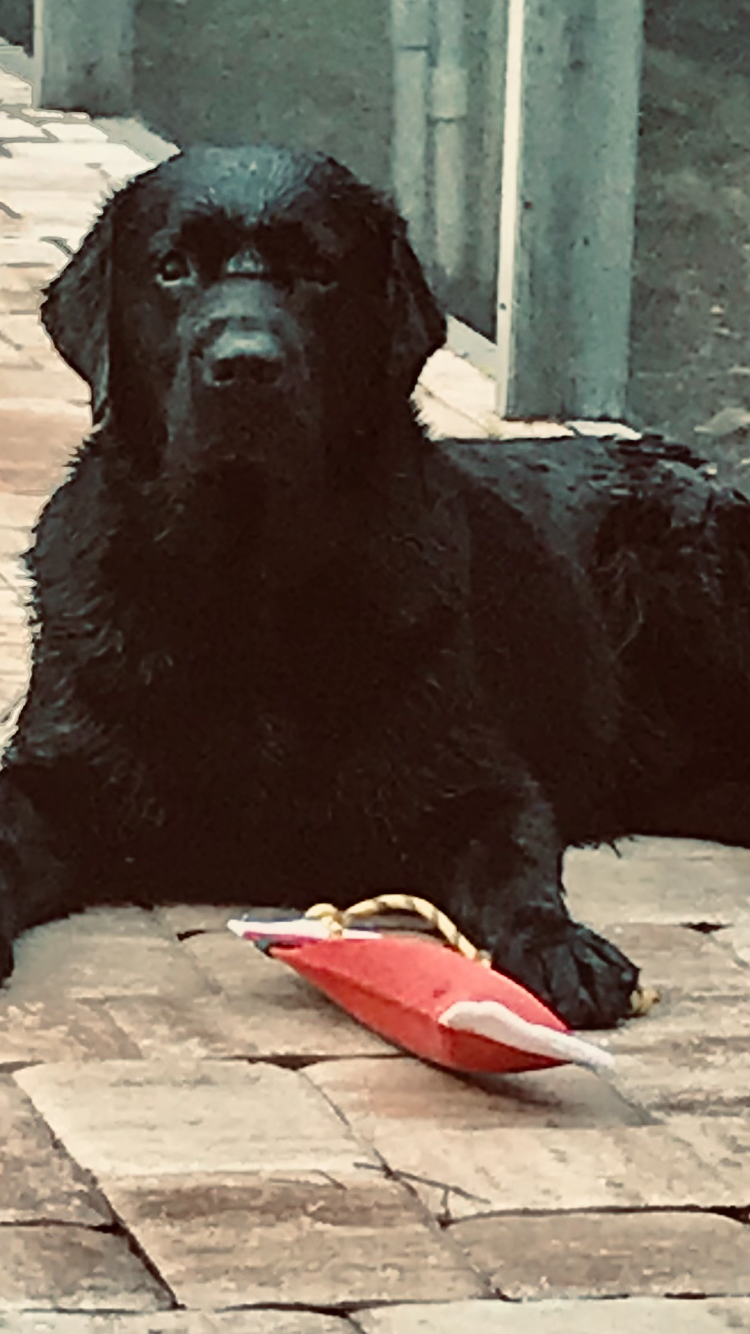 Alvin AKC Star On The Sky

After Swim with my wooba

More: Alvin was born in The Czech Republic. His lineage goes back to great great grandfather. He was shipped to Wisconsin as a pup to be shown along with agility. A young breeder in Michigan bought him in 2016 to sire. He was unable but he lived in her kennel with other studs for 3 years. We lost our black lab Searay Feb 2018 . Shocked. He was 7 and had a tumor on his stoic, sweet heart. I’d never experienced grief despite losing parents and friends. My sorrow was tribal. It seeped into my soul and bones. Upon return to our lake in Michigan I came across Sutton Farms near our home in Charlevoix. A place of indescribable beauty. Stephanie Sutton (she purchased Alvin) breeds the most stunning English labs. We made an appointment in May to see her pups with expectations of a new black boy. Before going I asked on phone if she happened to have an adult. “Yes, Alvin.” The next day we went to hew farm . While my husband held a little black male saying how much like Searay as a little one I “so where’s Alvin?” Sure as I’m writing the door to kennel opened and the handsome Alvin ran right to me . We ran in the field. He became mine that moment . If one believes in Kismet or Divine Intervention. It’s true. I’m a cynic but I have a sneaking suspension Searay had a paw in this. Alvie is an appendage! The happiest, strongest swimmer , bigger waves the better and after living in kennels for 6 years of his life is living it to the fullest. His freedom is infectious and we are the recipients. Every day.
Vote