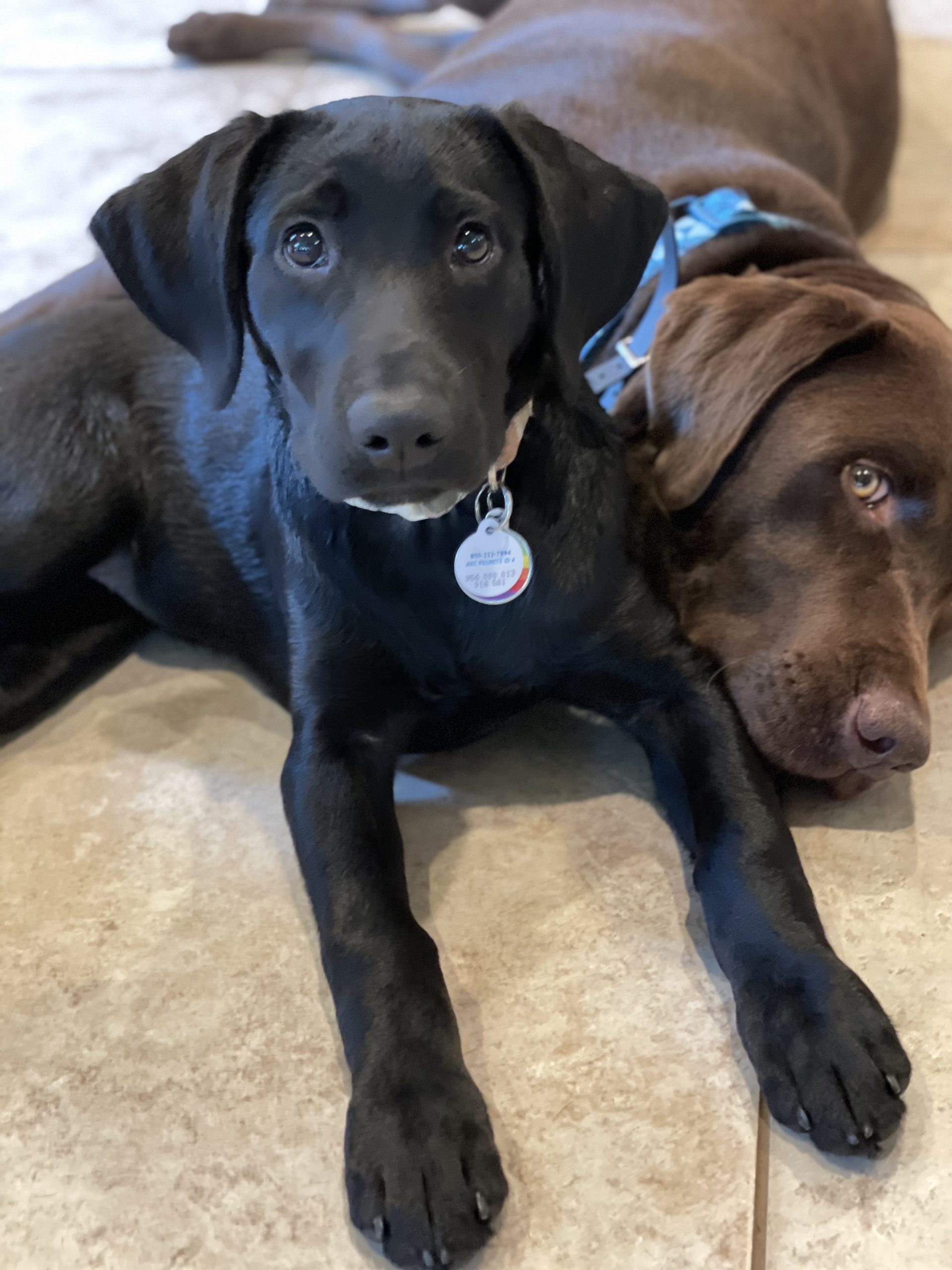 Age: Atticus is a little over two years old and Sabine is just five months old

More: Six months ago we lost our older chocolate lab. Atticus spent time wandering through the house looking for her. We decided he needed a friend. Sabine came to us a month later and now the two are inseparable. Sabine is actually his shadow. Being labs they both love the water. It is hard to get them out of the ocean when we take them to the beach.
Vote