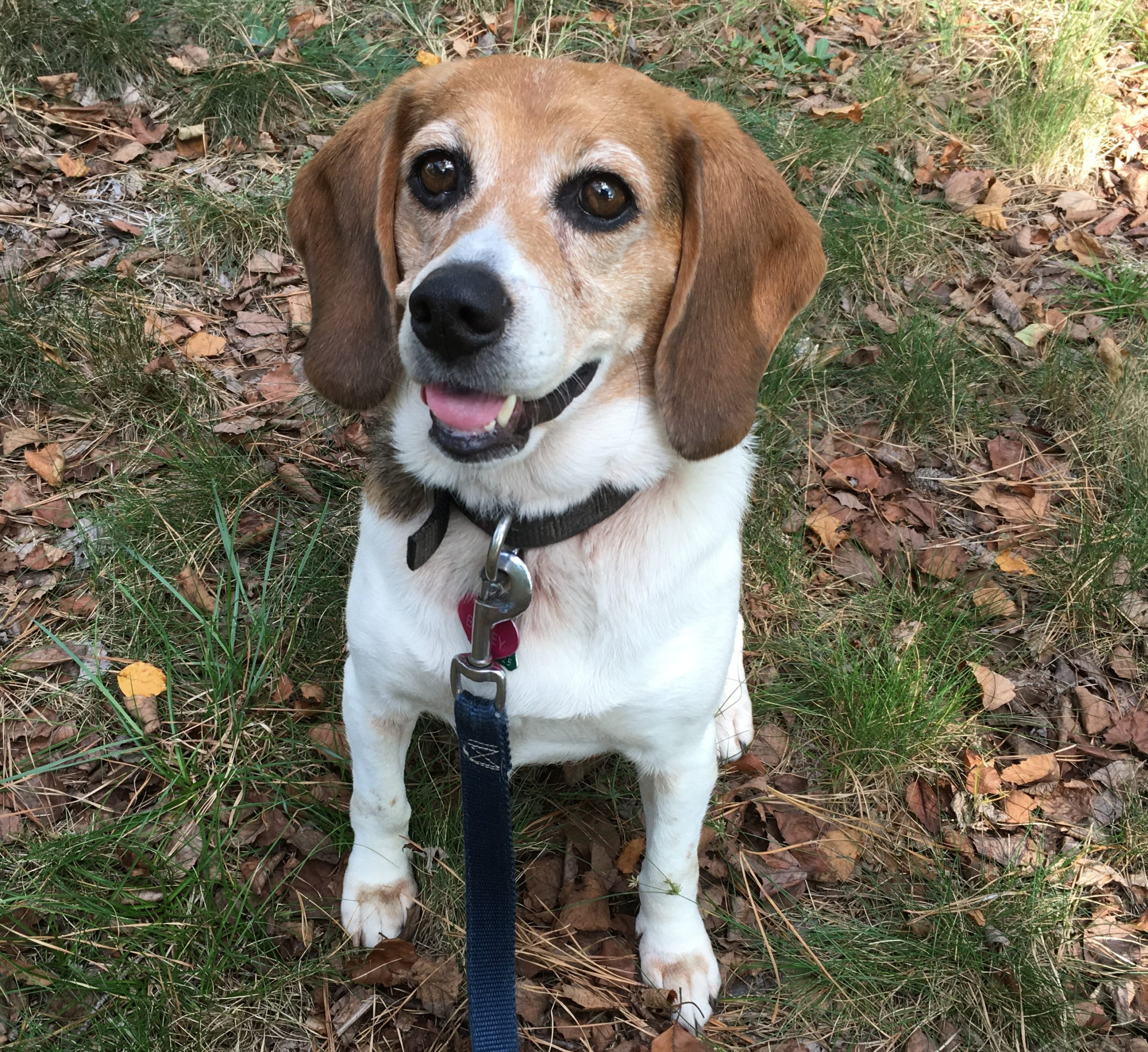 Bailey In The woods

More: A beagle scratched at my mother's house door in the middle of a steamy stormy summer night in Va back in 2019. We let the drenched dog in and allowed her to sleep on the sun porch floor on a rug. She was extremely dirty, smelled very bad, and was covered in fleas and ticks. The next day, we walked with the dog along the country road in front of my mother's house looking for her owner. Eventually we found the guy who reluctantly admitted that the dog belonged to him. He told us that he did not want her back. He had kept the poor animal chained to a tree 24/7 for the past 2 years and if we made him take her back, he would just chain her back to the tree again. I could not let that happen, so I decided to take the dog. During the next week, we gave the poor beagle a bath every day and pick loads and loads of ticks off of her. We decided to name her Bailey after the dog in the movie "A Dog's Purpose". When the time came to return to NJ, Bailey made the 5 hour trip with us. Initially, we tried to find a home for her but soon, we all fell in love with her so much so that we could not bare to give her up and she became a permanent part of our family. We have now had her for over 2 years and couldn't imagine life without this terrific dog.
Vote