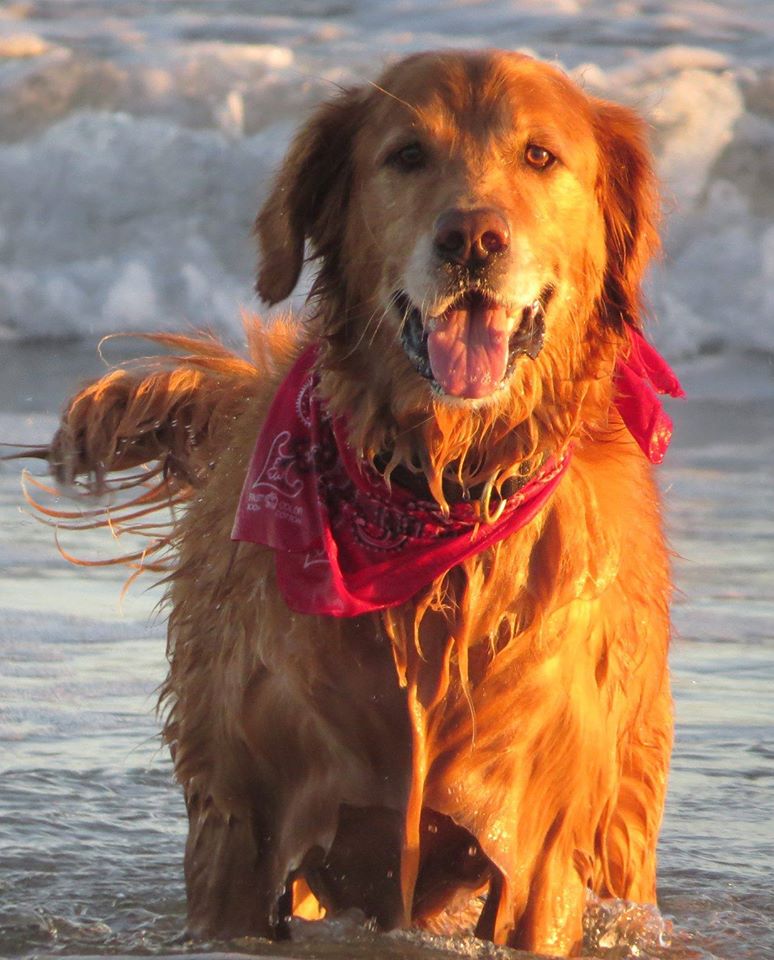 Having a little swim at Ocean Isle Beach, NC.

More: Barron has passed away since this picture, he died of squamous cell carcinomas cancer. He was one of the best dog’s anyone could ever ask for. I rescued him when he was 2 from a family that totally neglected him. He was full of heart worms, ticks and fleas and was only 54 pounds. My vet said he would not survive the heart worm treatment but an old fashioned way to get rid of heart worms was to give him a quarter of a pill a week and hope that it works....obviously, it worked. A year and a half later, he was 84 pounds and heart worm free. He was my hero.
Vote