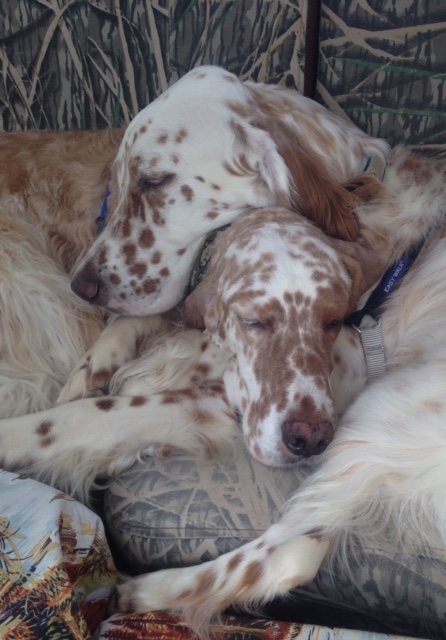 Warn out from long mtn hike

Breed: Both are English Setters

Age: Bart was 5 and Lincoln was 1 year old

More: Bart was 4 years old when Lincoln arrived at 2months old. Bart was not happy at first with a puppy who wanted his constant attention but soon they became best of friends as you can see wrapping themselves around one another. Bart died this past year with cancer and Lincoln lives on with an Irish Setter and a Seal Point Siamese Cat.
Vote