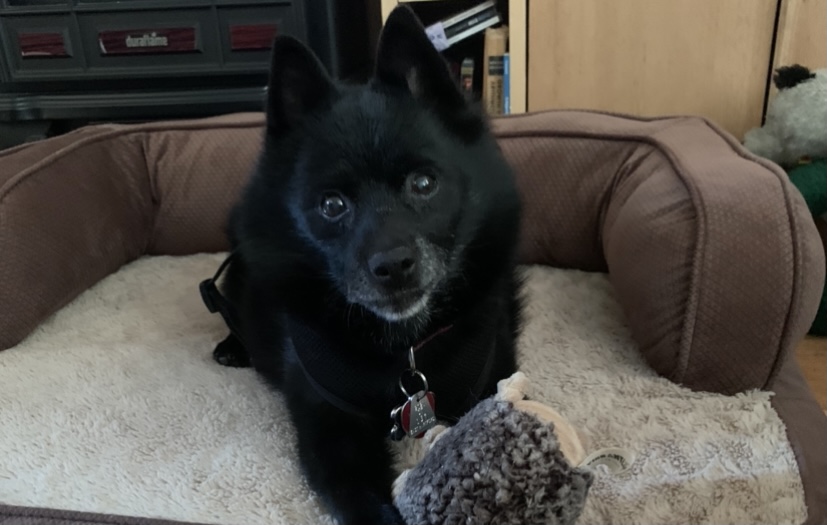 More: Bear my schipperke is my most special family member. I rescued him from being euthanized at the Mohawk Humane Society in Menard , NY. I drove 3 hour with my baby girl Blackpearl of the of the same breed. I meet him , his name was Marc he was so handsome, & happy go lucky little man . Later we took Marc outside to Meet my baby girl. They both smelled each to say hey who are you. There was no aggression, so we let them off their leads , they instantly ran , chased & played with each other . Marc & Blackpearl got along so well , it was decided Marc coming back to Connecticut for your forever home. Later to my surprise , Bear was a show dog from Spartanburg, NC where he was shown in many Dog Show's. Bear started competing at 6 months till 11yrs old. He became a Champion and when best in Show . He formal Name is CH Nanhall Marco Polo. So Bear is with me , retired and very spoiled boy. Anyone reading this does not know what a Schipperke is, you need to look the breed up. You will have alot of surprising thing to learn about Schipperke's. Once you have one you will want many more🐾💕
Vote