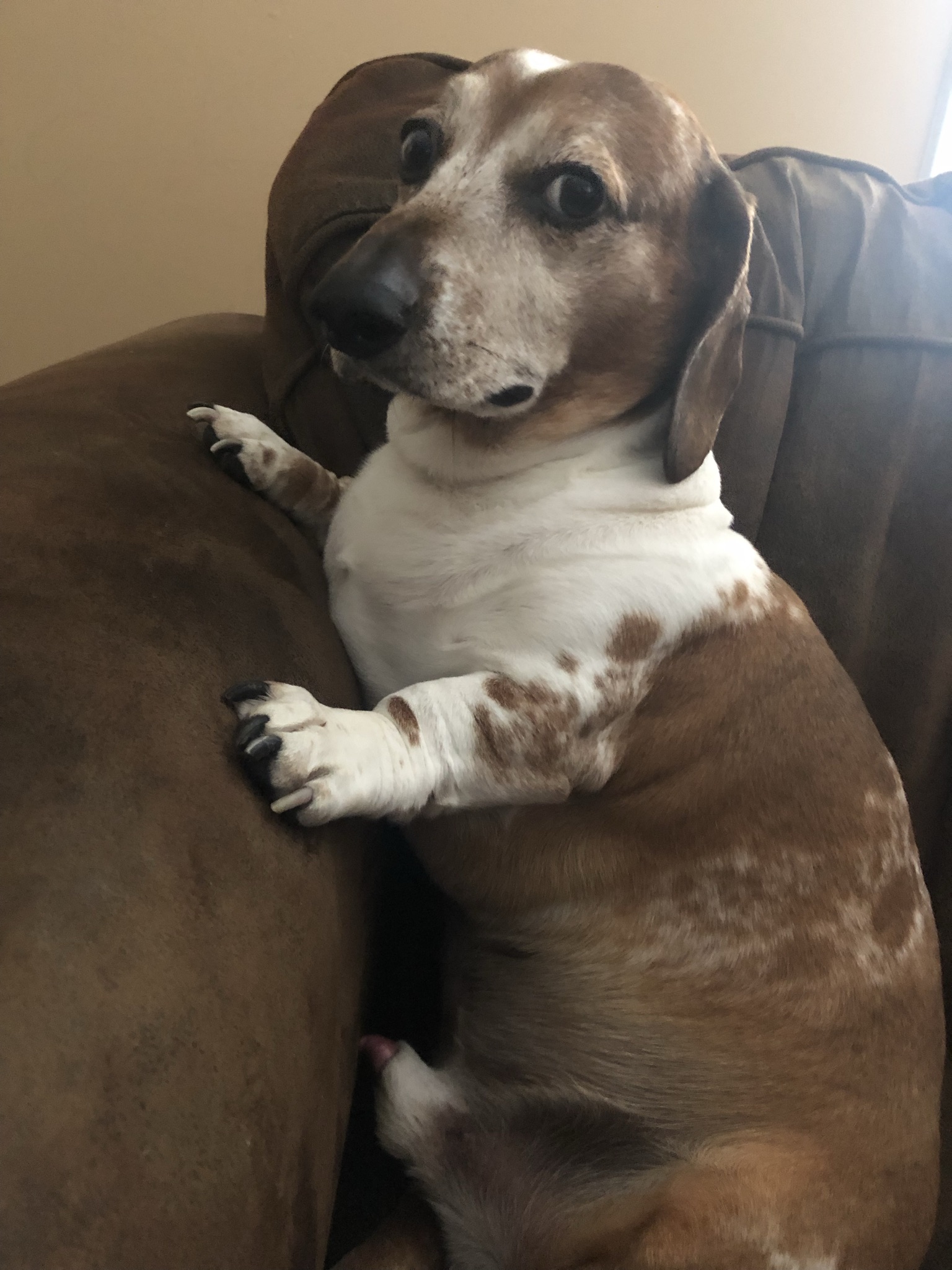 Bentley just chillin on the couch

More: Bentley is seven years old. When he was four years old he experienced a bad jump off of a step and injured his back and had IVDD. Bentley went through extensive water therapy to retrain his movement of his back legs, It was a long hard battle but he is now fully walking and a lot leaner with his special dog food. Bentley loves hanging out with his other friend Batman which is a dachshund as well and they frolic in the back pasture and love their treats.
Vote