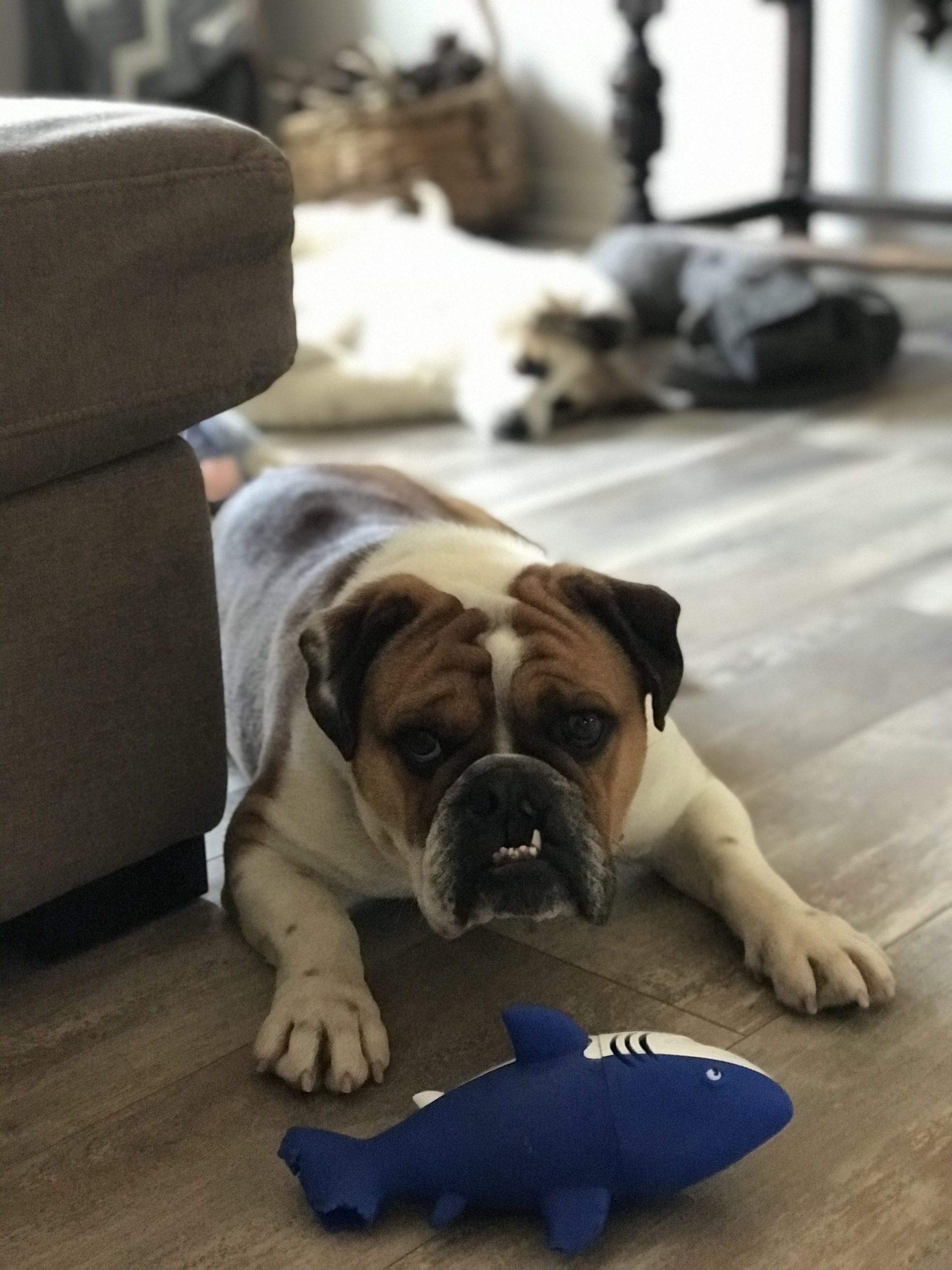 Always be a 🦈 shark!

Breed: English Bulldog (but was a dog pound rescue)

More: Big Chuck we saved him but he found us right after we lost our beloved American bulldog, we rescued him from a local dog pound and forever our hearts were changed. He’s now a farmer but we were told was living on the streets. He is the head of security at our farm and takes that job extremely seriously, was very afraid of most things and now assumes himself as human and lives on the couch. He’s just a special guy only about 30 lbs and very very small for his breed.
Vote