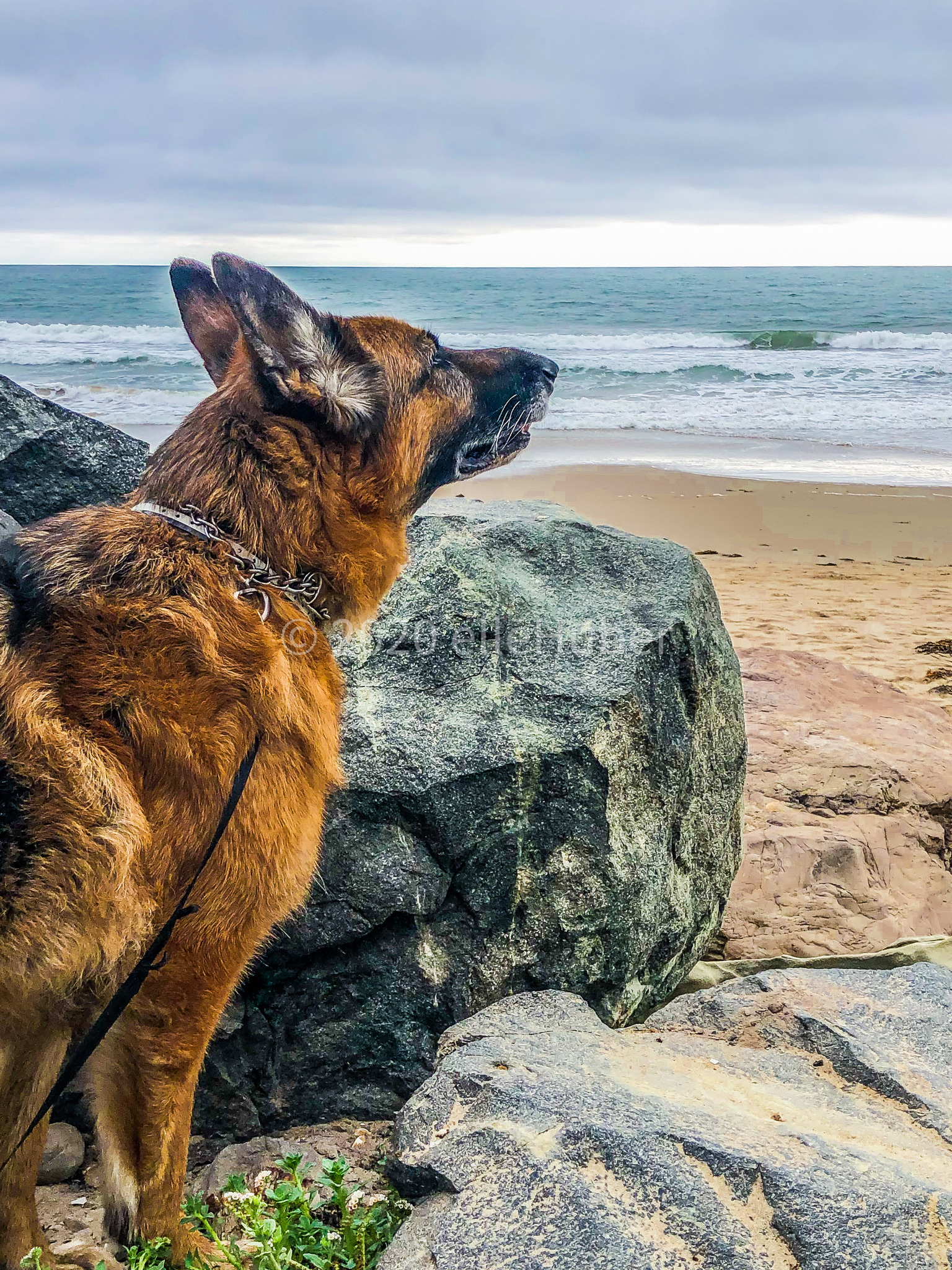 Ahhh the sweet smell of the Pacific

More: Blitzen is the SWEETEST GSD. He doesn’t have an ounce of aggression in him. People just love, loving on him. He’s 11 so his bones are feeling their age (it breaks my heart). Blitzen loves to swim, I mean wade (lol) in the ocean. Blitzen grew up in Vilas County Wi, so the only waves he saw were from the wake of a boat! This photo was shot in Ventura, Ca. Ocean waves were very new to Blitzen. He loved chasing the waves as they rolled down the beach. He didn’t want to leave. He literally laid down & would not get up when it was time to go. I loved seeing Blitzen act like such a young pup!
Vote