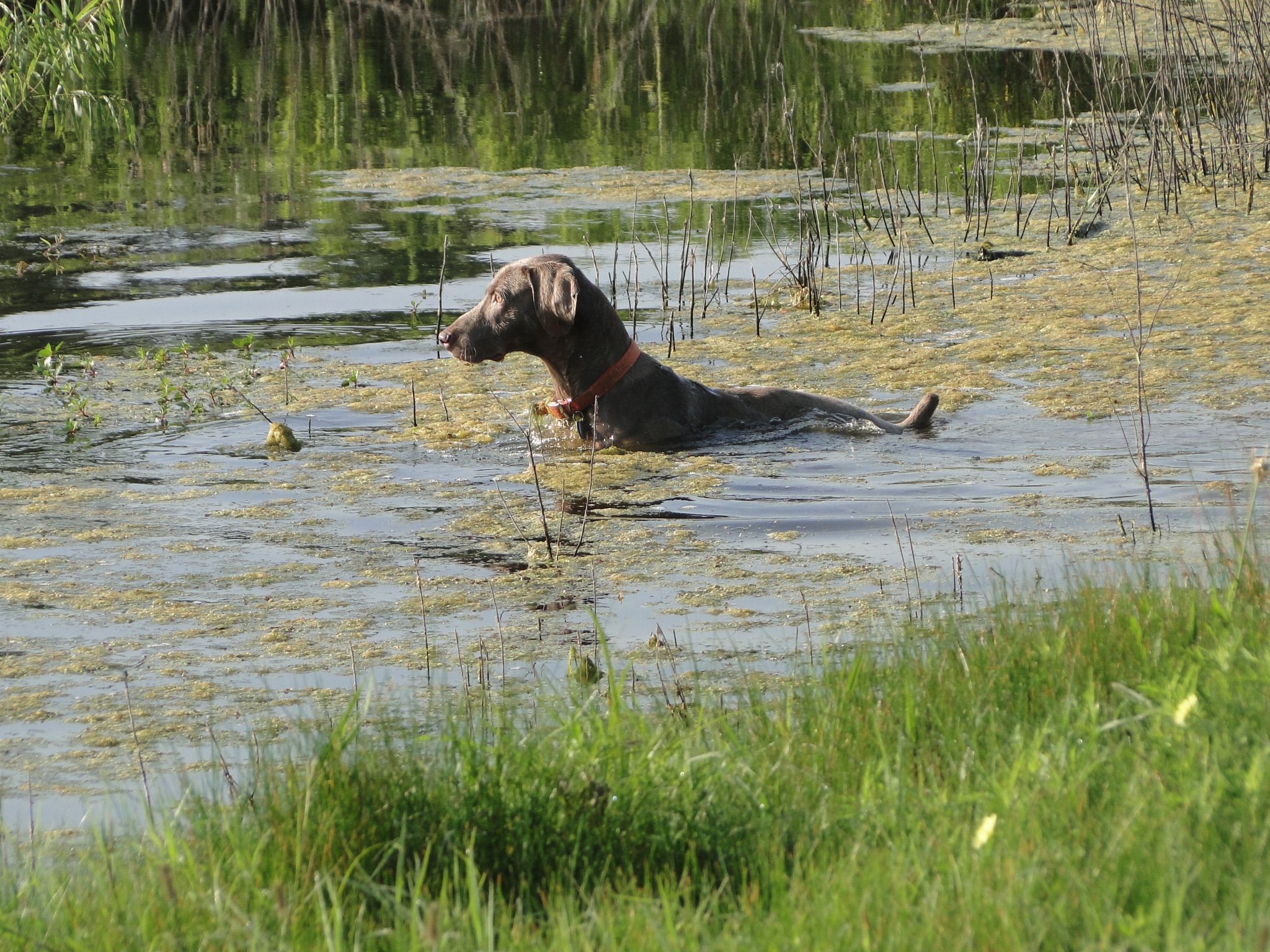 Hunting in a big mouth bass fishing pond in Texas

More: Blue was about to be given to the pound and my son took him. He is a ‘rescue’ dog as the friend’s brother who owned him, with his brother was giving him away as his girlfriend did no He loved our ponds on the Brenham, Texas farm where my son was living. He hunted water turtles . He is like a ‘Grey ghost’ as he all of a sudden appears on our travels around the property. We later visited the Houston SPCA and adopted another Weimeranger that looked like him and kept him company. Blue saved another full bred Dog from the SPCA which they get both full breds and non dear dogs at.
Vote