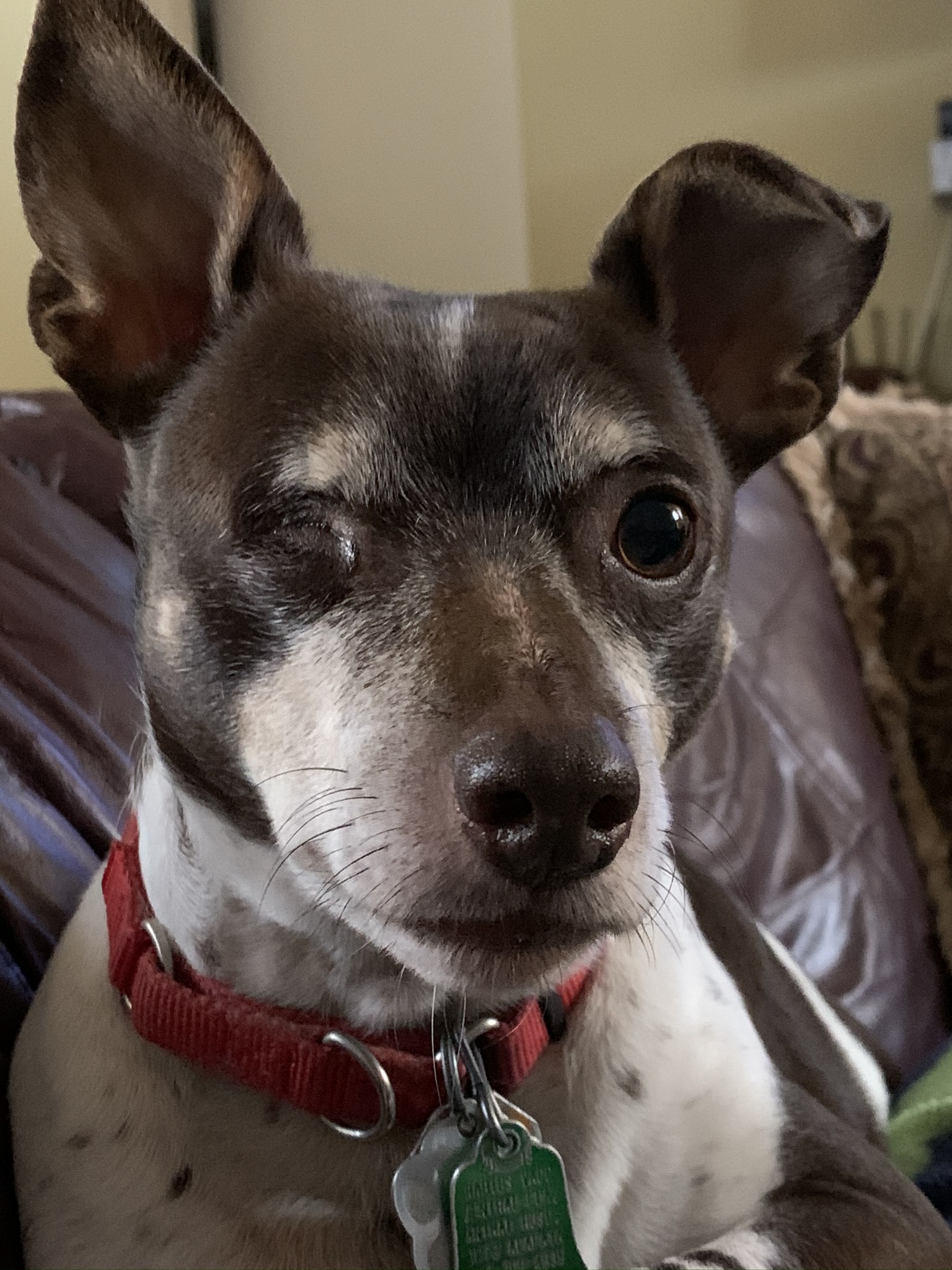 More: Bocci was adopted as a 4 month old puppy from a woman who had rescued him from a local breeder. He was born with one eye, so he was to be euthanized. The woman who rescued him was unable to keep him due to her poor health. We adopted him, we fell in love with him at first sight. He has been an absolute delight to our family. He’s a healthy little guy, does everything a two eyed dog can do, loves as though he was a two hearted ♥️ dog! We couldn’t ask for a better dog.
Vote