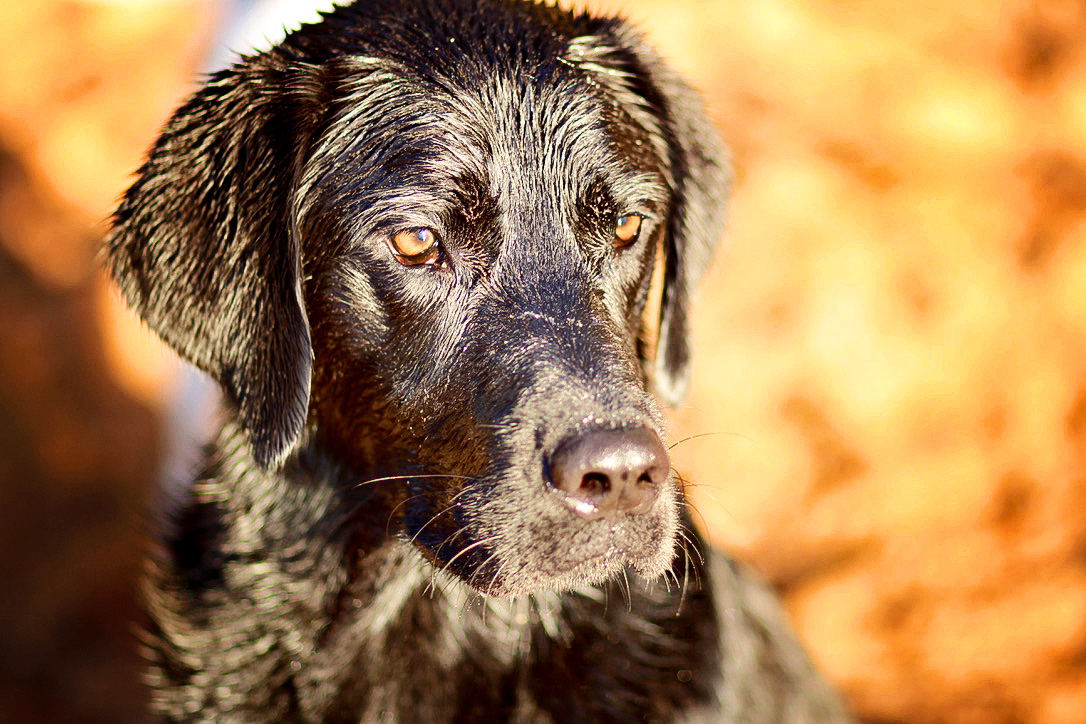 Golden hour at the lake

More: A speech I wrote to Boone: This One’s For You Josh Billings stated “A dog is the only thing on earth that loves you more than he loves himself” (Billings, n.d). Today I am going to be speaking on my dog my dog, Boone, with an award entitled “World’s Best Dog” and why he deserves to be the Orvis dog. Boone is a Black Labrador Retriever, weighing in at a whopping 78 pounds of squishy, sweet, slobbering love. Today I will be speaking on his wise, yet goofy character, and on the many ways in which he both teaches me, and reminds me daily that life is oh, so precious. Firstly, let’s talk about his disposition. Boone teaches me hilarity and tolerance from a bit of an oddball perspective. Boone is exceptionally smart - he knows that the box of bones in the bottom of the pantry are his, and he practically opens the door himself in search of a good cookie; although a lot of money is spent on those cookies for him and I get frustrated to see they are gone, I do find it quite funny when I walk in on him sleeping next to a box of half eaten cookies. On several occasions, Boone has been tugged and pulled on, pushed and layed on, and rough housed with by children and other dogs. Through all of this annoyance and mild pain, he continues to stay calm, tolerant, and gentle to his playmates. I too, have been figuratively pushed around and tugged on; Boone has taught me to be both tolerant and gentle through it all. Secondly, while I may be his owner, he too, watches over me. Boone is the true definition of a “loyal friend”. While I have many stories to tell, two have truly stuck with me throughout the years On the Fourth of July in 2020, Boone, and myself were sitting in the living room watching TV. As nighttime began to fall, fireworks began to blast in the sky. With the first loud boom, Boone , at 78 lbs, ran as fast as he could toward me, and layed on top of me until the fireworks were over. Until then, I had believed myself to be his protector, but that night, he too, had shown me that the role was mutual. A bit of background - Boone loves to play; it can be any time of the day, doing any kind of activity… as long as he gets play time that day, he is happy. Boone was just coming out of his “puppy phase” at a time when both my mom and I had come down with the flu. We had both expected for Boone to bark and get irritated at the idea that he wasn’t getting to exercise during that period of time. He proved both of us wrong when he patiently sat by us during our time of need, kept us company, and kept quiet. Even though we knew he wanted to play, he put his family in front of his own wants and needs, and practiced patience so well those few days - that’s something I think we can all learn from. I’m thankful for my furry friend whos stood by me for these years. Boone has a personality that is like no other. For the few years he has been with my family, he has taught us humor, tolerance, patience and protection. Boone is the true definition of a loyal friend. Boone , you deserve this award because your companionship, loyalty and unconditional love are unmatched by human standards - Im thankful for our friendship. So Boone, This One’s For You.
Vote