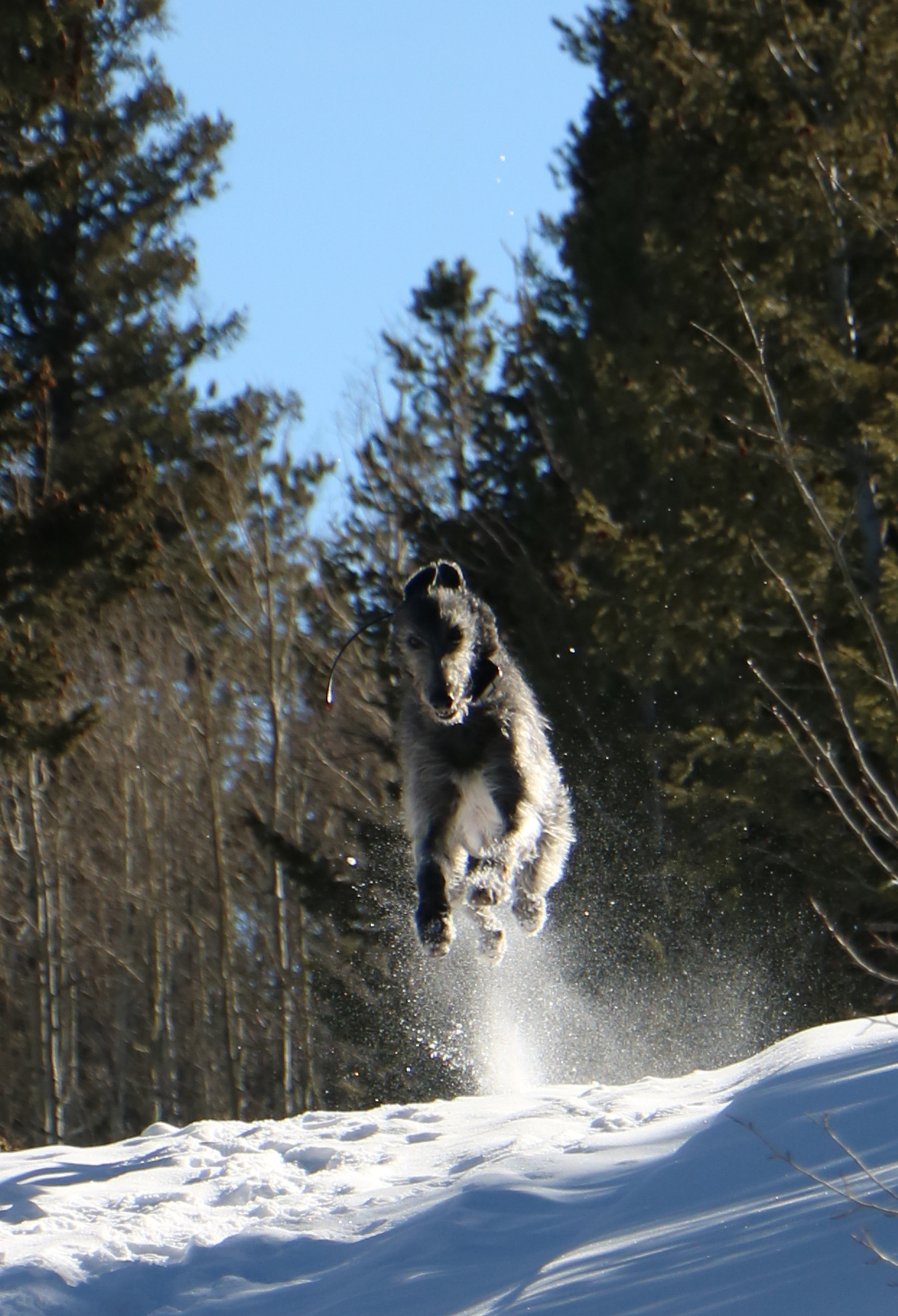 More: The Deerhound is one of the most decorative of dogs, impressively stately and picturesque wherever he is seen, whether it be amid the surrounding s of the baronial hall, or out in the open, gracefully bounding over the purple of his native hills, Grace and majesty are in his every movement and attitude, and even to the most prosaic mind there is about him the inseparable glamour of feudal romance and poetry. He is at his best alert in the excitement of the chase; but all too rare now is the inspiring sight that once was common among the mountains of Morven and the glens of Argyll of the deep-voiced hound speeding in pursuit of his antler prey. He is an aristocrat among dogs, valued for his good looks, the symmetry of his form, his grace and elegance, and even more so for his faithful and affectionate nature. Robert Leighton, 1922
Vote