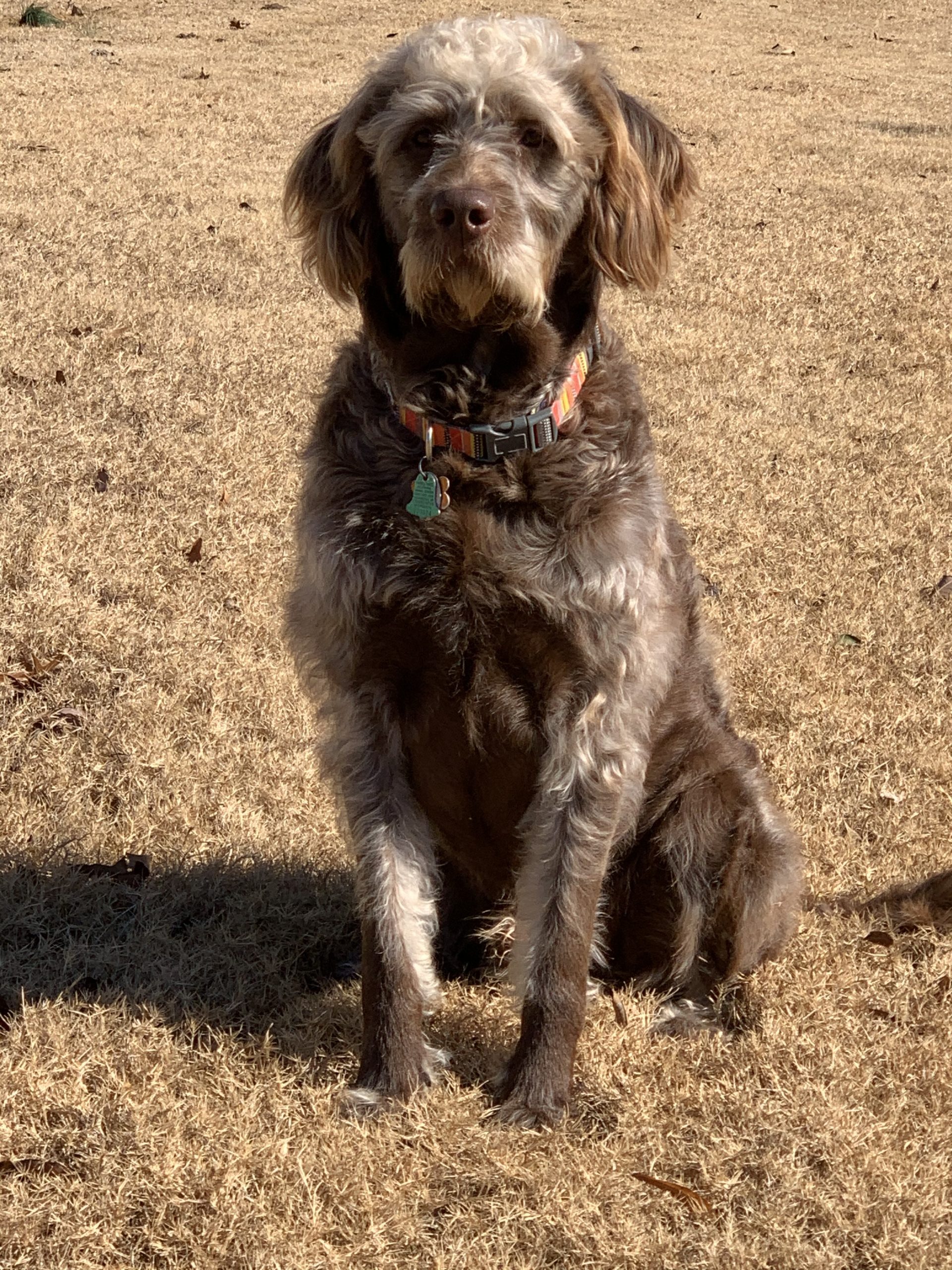 More: Buck is an incredibly smart and friendly dog! He loves to hunt and can search by scent for anything with little to no training. He’s never received formal “obedience training” as it was never needed. He is capable of learning any task we wish to teach him within minutes. His colors are unbelievably beautiful from brown to grey to blonde varying throughout his body. His feet are grey and brown. His face and other areas are blonde and brown. We go nowhere that someone isn’t trying to buy him from us, offering unbelievable amounts of money, or at minimum commenting on how beautiful he is! He hunts every evening, even if at home for hidden small pieces of random treats which he has no idea what they might be or are, and sniffs and finds all within minutes. He can find literally anything with a single cue of “ok, go!.” He doesn’t even need to know what he’s hunting. He loves the water, no matter how freezing and will swim, play, and will fetch and retrieve anything he’s commanded to. He has all delivery people and even such as the Terminex man “wrapped around his finger” so to speak in that they all bring him treats, have him sit, shake hands, then treat him and take a moment to play with him. He lives outside and loves it. He’s a cuddler, but not a “licker” as that is not allowed. He rides in trucks, boats, on 4 wheelers, side by sides, and is a true Labrador retriever in all personality and hunting instincts. He knows we like to keep the outside of our home clean and just from watch us pick up such, he began even picking up any trash or leaves blown into the yard or garage area, any dead bugs, and goes and places them in a small bucket/trash can put out for him for this purpose as he would hold them and bark at the same time to give them to us to throw away as he knows he’s not allowed near the real outdoor trash cans. He can catch flies and mosquitoes as well as other flying insects within a few seconds of avidly watching them and rapidly moving to catch them. He’s very verbal and expresses himself for needs, wants, desires or warnings with varied barks unlike any dog I’ve ever seen. He even greets people over the phone on a command to “say hi, Buck!” He literally imitates the same number of syllables spoken to him. He has allergies and he tells us by coming to us, nudging us, and going to where his ear medicine and allergy medicine are kept then coming back to us and barking with his “help” bark going back and forth until we do as he expects. He loves a schedule at home, knows instinctively what normal bedtime is, comes at us with a gentle bark and nudge, telling us it’s time to play his nightly “hide and seek” game at home. He guards our home well but befriends and never forgets a single soul once introduced properly knowing they are “ok by us!” He’s extremely jealous and barks at us if he sees my husband and I hugging! We laugh and allow him in the group hug! The photo really doesn’t do him justice. He’s not big on posing! Truly the most amazing dog I’ve ever had and have had dogs all of my life. He became ours on Father’s Day as a gift from me to my husband in 2019. He was amongst a litter of 8 and my youngest son purchased one of his brothers. He was named “Buckeye Buck” after my Father, who had recently passed, was an avid dog lover and deer hunter as well as originally an Ohio State Buckeye fan. The name was fitting and continues to fit him to this day. When he was a small pup, he loved the Kong animals! We kept them in great supply, nicknamed each, “quack” the mallard, “ally” the alligator, and so on. At 6 months of age (maybe less) we could line up 5-6 of them and give a command such as “bring me quack” and he would honestly sniff and inspect each stuffed Kong animal and retrieve and bring us the one named! Truly amazing. He loves to be called “Big Dog” which he also responds to with excited affection. “Buck” is every individual’s dream dog truly, if they can handle a 90 pound dog! Your request or desire is his desire to do. He learns so easily and generally just by watching. His instincts are way above and beyond those of any dog I’ve seen that has been to months of obedience school. Buck can make the most beautiful cover dog you’ve ever had! Gift card or not, we don’t care. He’s simply the best!!!!!
Vote