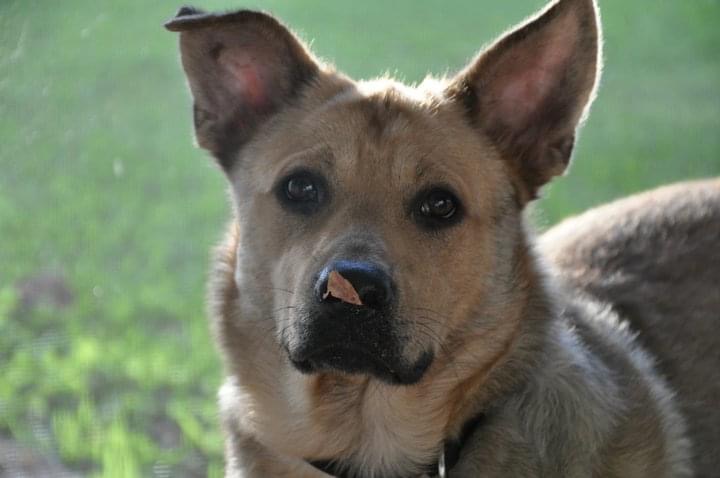 Buster is a death row rescue, that no one wanted as he was crippled from an untreated injury. Suspected that he had been hit by a car. His catastrophic breaks to his r arm, shoulder , ribs & even an ear were left untreated. He was placed on the euthanasia list as no one wanted the crippled one. The facility made no attempt to fix it, insuring his demise. APR, a no kill Shelter saw something in him & pulled him. They brought him to the Highland Games at a Park in Ft Lauderdale- where my husbands band was participating. While they were preparing, I wondered over to meet the charismatic little character that met me at the gate. While I noticed his exaggerated limp, he sure didn’t! He politely waited for the toy he wanted that another dog that had come along with him was playing with. I fell instantly in love. We took him to a Orthopedic. She inspected his injury, and could not fix the meds that occurred from healing on its own. She said it may have to be amputated eventually due to arthritis, but he seems to be compensating well. We offer him everything any normal dog has, dog park, toy shopping at the pet store, took him to the Keys on Vacation. He is the boss of our house!! We adopted another rescue to keep him company. We have wood floors do we have made ‘paths’ of rubber backed runners for him to navigate without slipping. His sister lays on them & if he wants through, he barks at her to move. He likes a pillow on the couch, he barks if it’s not there! If dinner is 10 minutes late- he barks to remind us! He runs a tight ship! He developed allergies, so I started a garden & cook their food. It’s a raised garden. It hadn’t stopped him from using it as his personal salad bar- evidenced by the vegetation on his nose! We adopted him January 9, 2011. It was believed he was 1 1/2 years old at that time and could have greatly benefited from surgical intervention with his whole life ahead of him. But, we have made sure he gets the best & most normal life he deserves, and just walk a little slower!

“What Makes You Think I’ve Been In The Garden Again?”

More: I really hope that people will learn to look past the shy ones, the shaking ones, the scared ones, the injured ones. And-Instead, see the fragile soul, the love they have beneath the layers. See the life you can offer them- the chance they would never have had. Buster has loved us, unconditionally with every little heartbeat he has, it is so unconditional and just as deep as any pet does. Their love is not flawed, incomplete or less because they are unique ❤️🐾 They feel pain & love just the same.
Vote