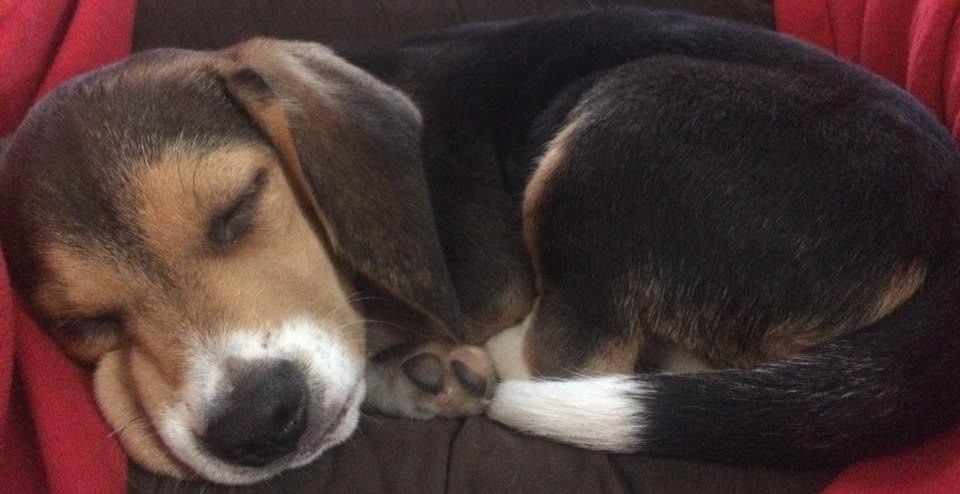 More: Cooper is an AKC registered 13” beagle, (Cooper Jackson Molly’s little Houdini). We gave him the name because he had the ability to escape from his crate without the latch being opened. Apparently his mom was able to do the same thing. He was bred from field beagles but was gun shy, he makes an awesome little snuggle buddy and enjoys burying himself under blankets
Vote