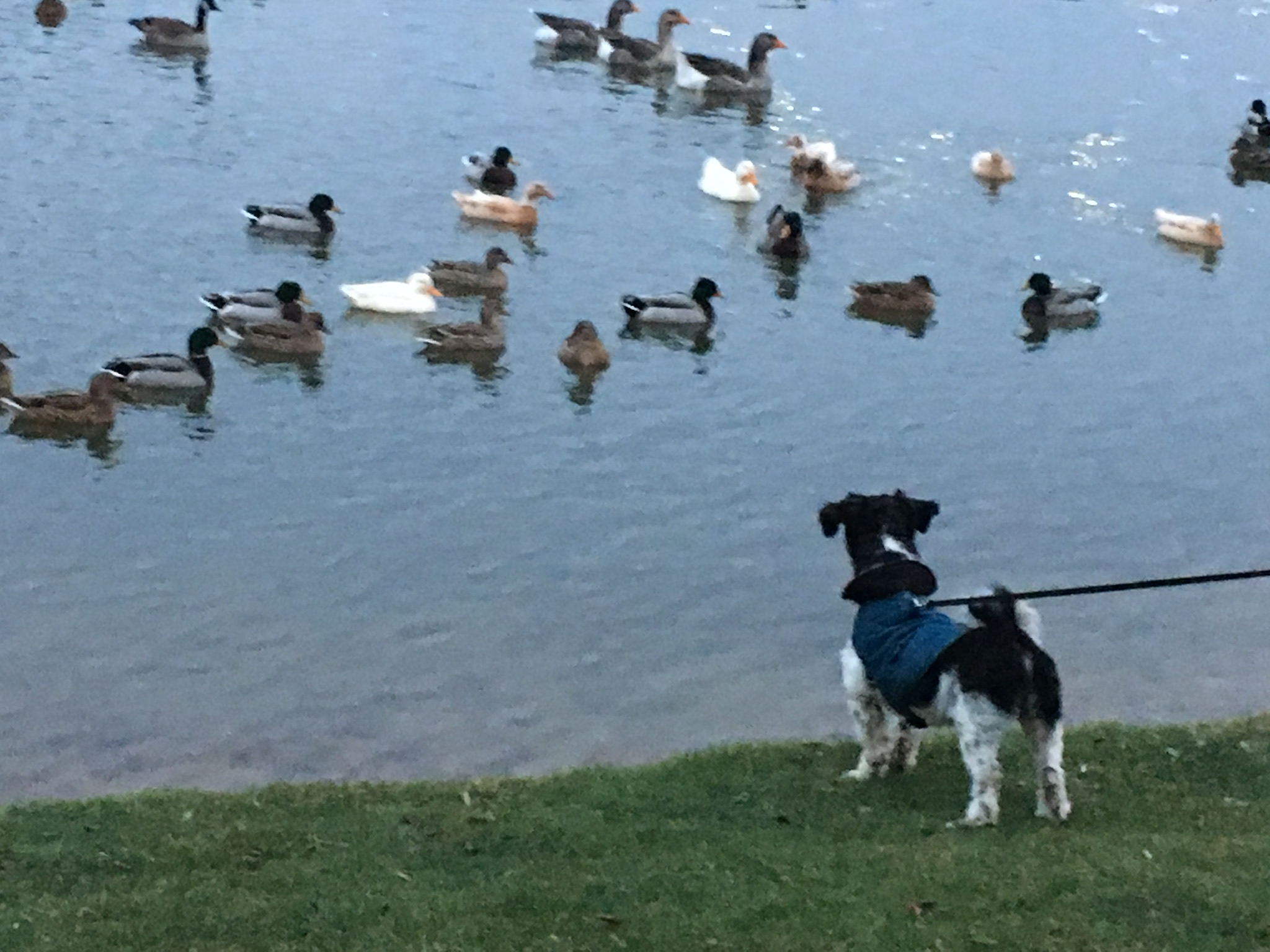 This hunter wants off the leash.

More: Cubby was rescued from the woods, after fending for himself for who knows how long, we are the lucky people to adopt him. Cubby loves being social so we take him on all our excursions. Cubby was adopted the day after the Chicago Cubs won the World Series in 2016. Although we were already set to meet him before that, he chose his own name. I had a list of 25 and would ask him throughout the ride home, waiting for a response. Finally, I asked him, “Cubby?” The last name one the list and his ears perked up and he looked at me like, Yes?! He loves chasing squirrels, rabbits and ducks. He’s a happy boy and we love him.
Vote