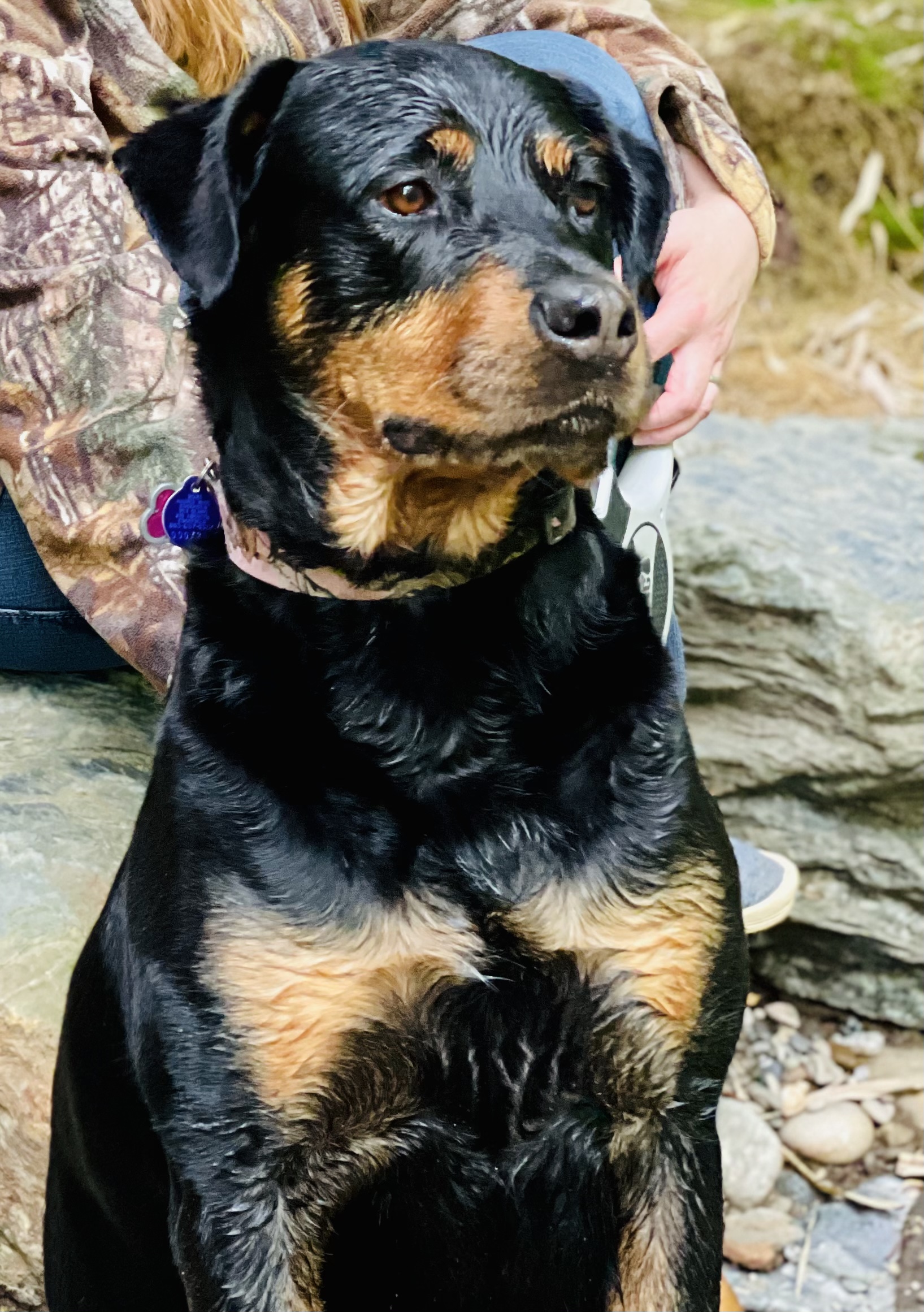 More: I didn’t want this dog. My husband found her on one of his job sites one morning. He thought she was a guard dog that someone had placed there. He sat in the truck and didn’t move. Slowly she walked up to him. He could see her ribs, her mange, and what he couldn’t see were the worms she had and her fear of people. He gave her some crackers. She wouldn’t leave his side from then on. He wasn’t at that job site every day but he saw her off and on frequently. He kept begging me to bring her home. I adamantly said no. I didn’t want someone else to pick up after. Plus she looked scary. We had kids. What if she attacked them? One day the pound picked her up. My husband was so upset. I was in NYC for work and he got on my nerves so badly that I told him to go get the stupid dog and she had a few short weeks to prove herself. I figured she’d be gone shortly. There was no way a stray Rottweiler could be rehabilitated, no way she would fit in with our family. The first time I met her, she nipped at me. Didn’t growl or bite or lunge at me, but cowered away and nipped at my outstretched hand. I avoided her after that. I would put food out, warily put her on her leash to go use the bathroom, I hardly slept because I thought she might growl at the kids if they got up in the middle of the night. She peed and pooped in my hall and turned out she had worms. We took her places and she would tolerate people petting her but suddenly she would turn fearful. She might bark or nip. She never attacked or bit, but it was as if she was a loose cannon. She was still turning out to be a sweet dog at home but it was all so annoying. I’m a teacher, and summer rolled around and now I was home with her, and now I had to take care of her all the time. I was dreading it. That’s when I fell in love with her. I noticed how obedient she was. She wanted so badly to please me. She was an amazingly fast learner. She began to relax in public. Suddenly I became the family member that was upset if we DIDN’T take her with us. My question was always “why can’t she come?” I became highly offended at people’s judgement of Rotties. One of our camping places would not allow certain breeds. I marked them off my list and vowed to never stay there again. It’s now three years later. She is my best friend. Gone are the days of her skinny ribs, her instability, her mange, her hunger and cowering in fear. The dog I didn’t want, it turns out I couldn’t live without.
Vote