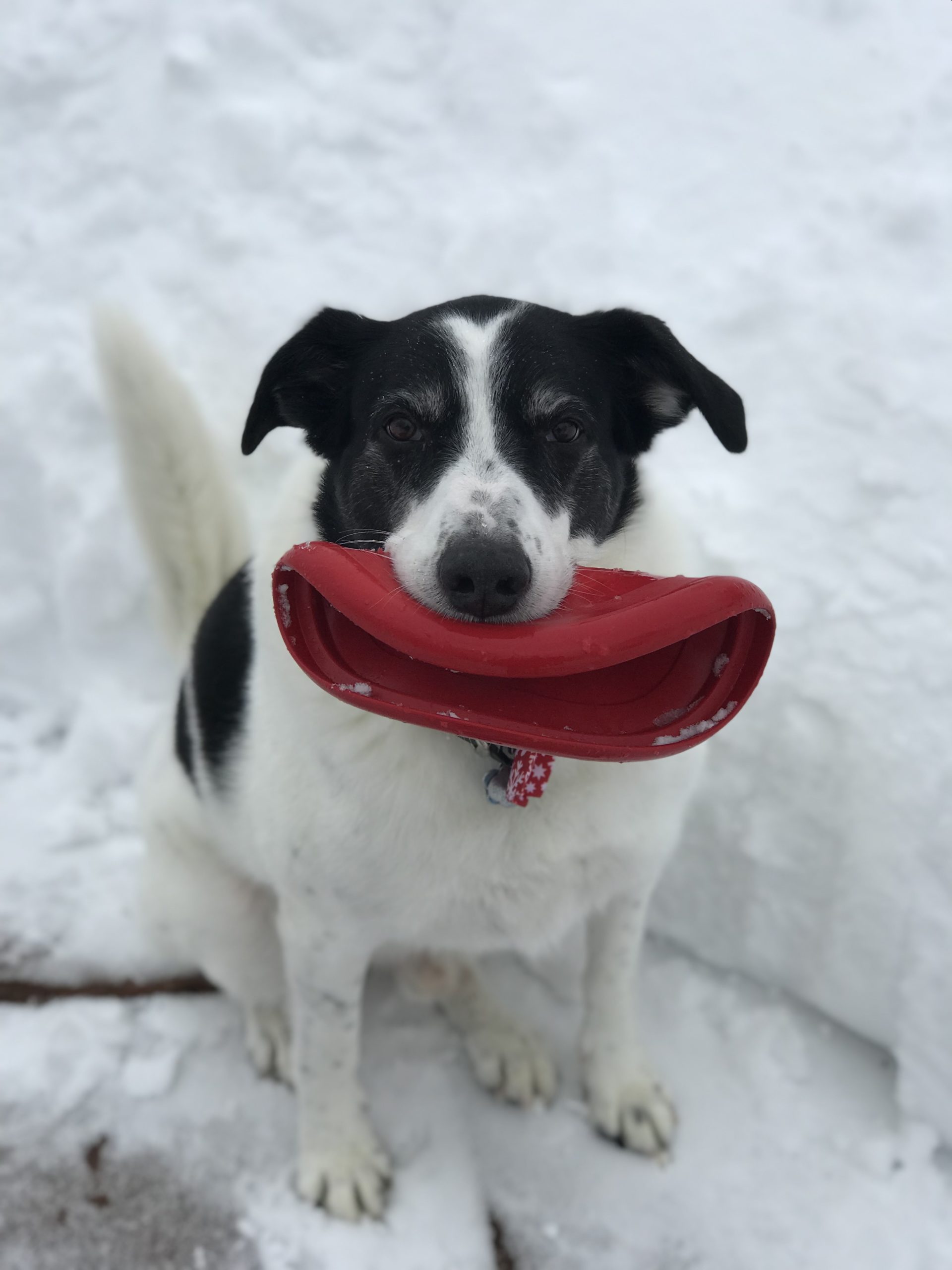 More: Dudley was adopted April 6th 2013 from the Marathon Humane Society. He was approximately 2/3. He started as an Amish farmers dog, and was given to a couple at 6 weeks. At his 2nd home he was a porch or outside dog. He was hit by a car at 6 months and still has a bad ankle we can’t fix. Then followed up with Blastomycosis where he barely survived. They could not keep him due to financial hardship, and he was eventually given to a friend of theirs. Unfortunately- Dudley was considered an escape artist and would jump the new owners fence. Finally he ended up at the Humane Society and no one wanted him back. Lucky for us! We met him shortly after he was eligible for adoption while we were out picking up a helmet. My 9 year old Tess and I fell in love! We pulled out the big guns and cried later that afternoon until Dad gave in. The rest is a tale of great love for Dudley. He has fit right into our large active family. He also gets his own chair and many many dog beds. Dudley is really smart and opens all the doors- and loves everyone furry or 2-legged.
Vote