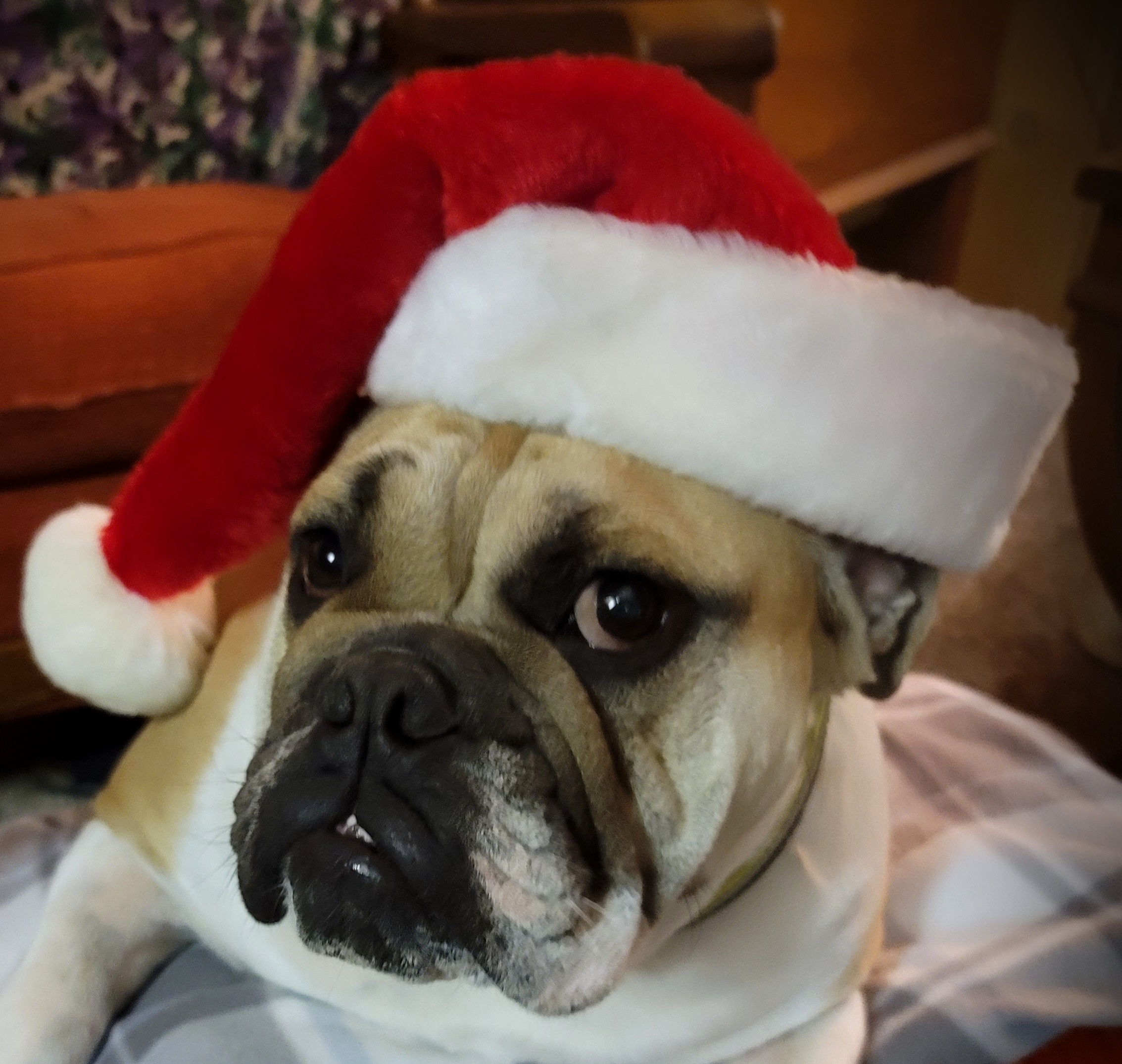 More: Duke was a gift to my husband. He is huge "Duke" John Wayne fan. He is a retired University football coach. He always wanted a bulldog named Duke. We got Duke when he was 6 weeks old.. He is such a goober but the sweetest boy. We live on a cattle Ranch. He loves to do a stand off with the bulls...from a distance. He barks and scuffs the ground with his back legs. Just like Toro. (We have a video). He loves ALL food. Sometimes we call him goater because he tries everything good bad and gross to at least try. He snores at night but the best cuddler. The picture was captured in a millisecond. He was asleep. I put on the Santa hat then said his name. Snap! then the hat was off. Our Christmas Card this year.
Vote