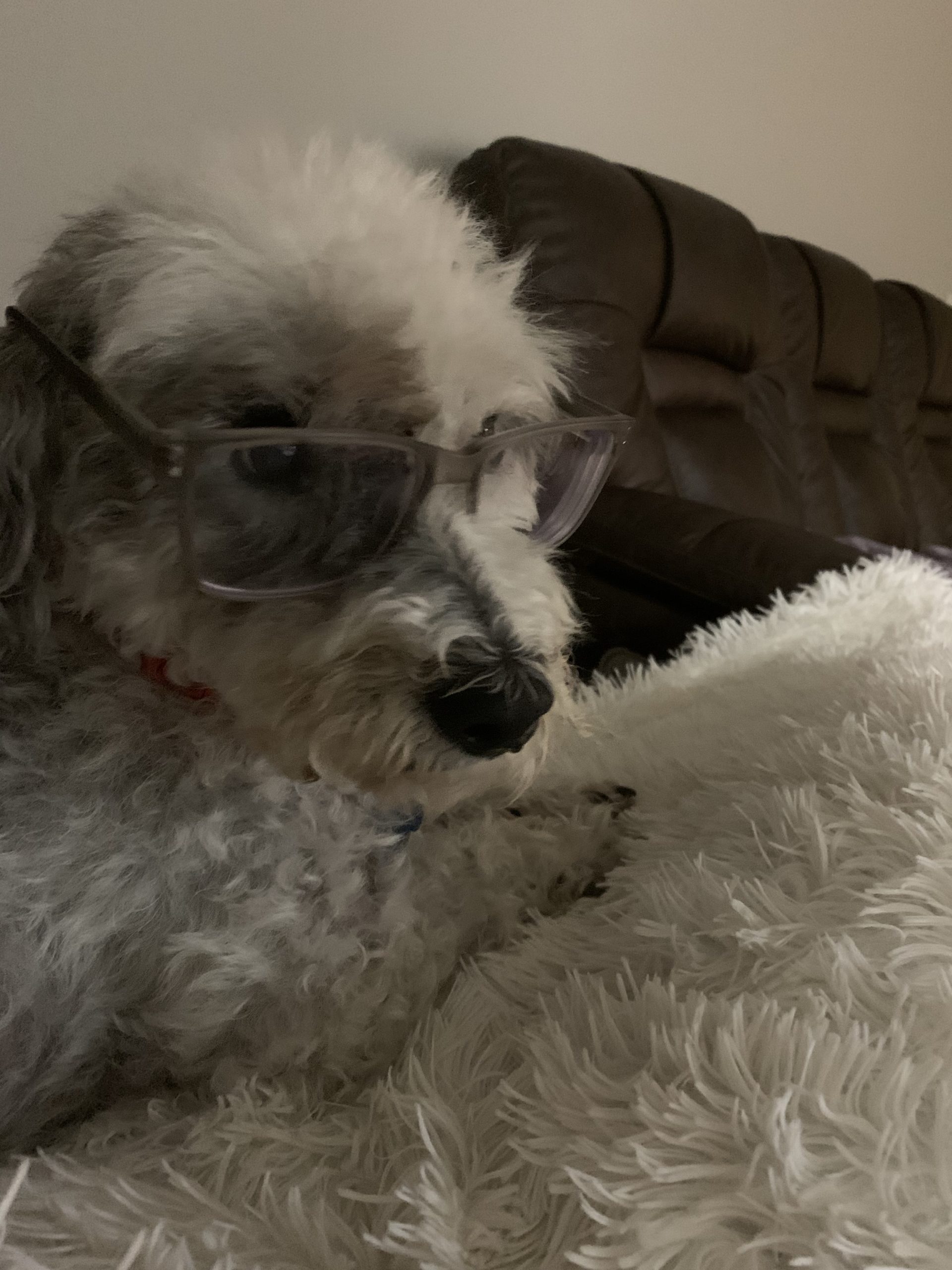 Can you turn the volume down on the tv already?

More: Fido was owned by an 86 year old man who died . It was always just him and her. When he passed away his sister didn’t want Fido. He had left her to a friend of mine in his will but he had moved to Florida. In order for them to release the will someone had to take Fido. She was his main priority. My friend took her to try and find a home for her but My heart broke for this dog. Her entire world had just been gone . I knew it would be hard to place her since she was older so I took her even though I live in an apartment and wasn’t excited about having to pick up poop 😂. Best decision! She’s perfect for us !
Vote