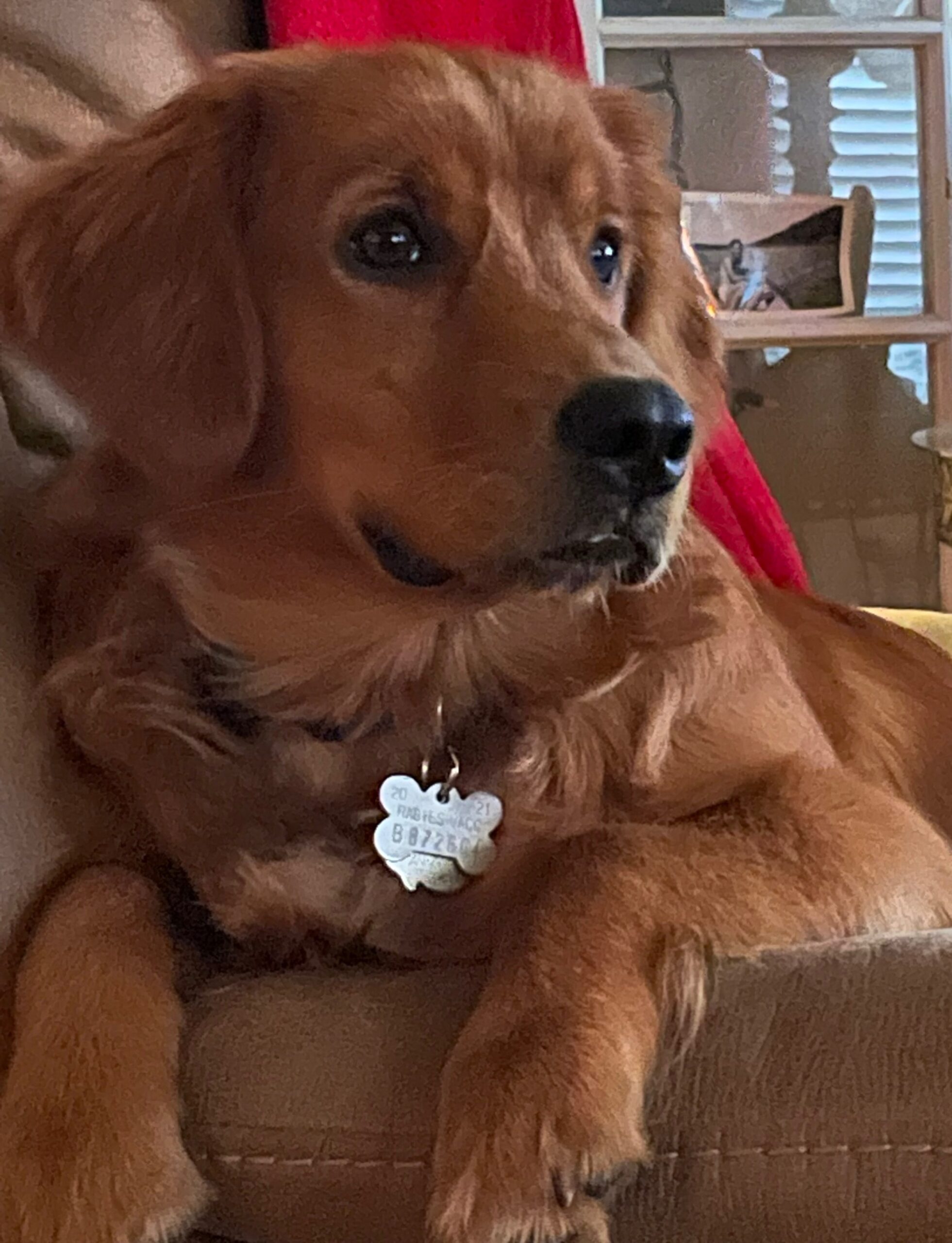 More: Very shortly after our Golden, Darby passed away from Hemangiosarcoma, a friend called to tell us her cousin’s dog just had a litter of fourteen Golden Retriever/ Irish pups. Dad is purebred Golden and mom is Golden with about 1/4 Irish. Certainly we felt like it was just too soon and let the thought go. A few weeks later my friend called again to say they only had a few pups left. After careful thought, we decided it may indeed help us fill the void of our heartache. When I got a hold of the breeder, to our dismay, all the pups had been spoken for. A few weeks went by when out of the blue, I received a phone call from the breeder. She told me that a 15th pup had been born but he almost didn’t make it after his birth. Their intent was to keep him if he survived. After bottle feeding him and one on one time nursing from his mom, he not only survived but started thriving, playing, and growing… albeit, slowly. He was half the size of his litter mates. After careful consideration, the breeder decided to call us to see if we would like to welcome him into our family knowing how much we loved and missed our Darby. They had him throughly checked out by a vet, and with a clean bill of health, we took him home. His name became Sir Finnegan…. or Finn for short. We felt we wanted to give him a name representative of his moms breed and as it turns out, he couldn’t have a more beautiful red coat. His adult size is only 45 pounds. To us, he’s perfect! He’s a goofball too, with lots of energy. He can jump into the air and literally do a full somersault while in the air! A perk to being a smaller dog! He loves tummy rubs and tug-of-war. He looks pretty regal.. but he’s as goofy as Darby was!
Vote