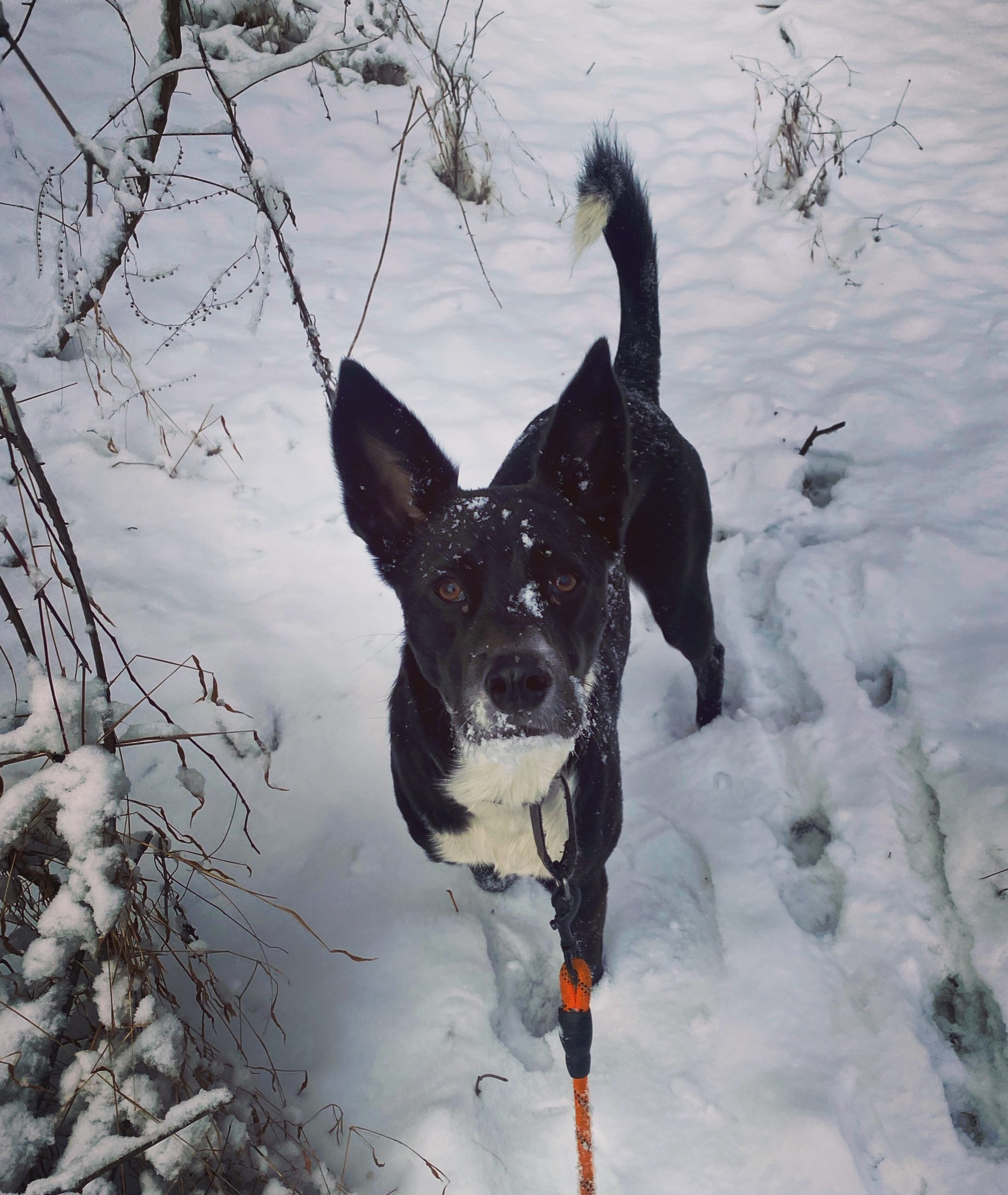 Finn following footprints in the snow

More: Finn’s mother was rescued from Mississippi and had 12 pups after being brought to Pennsylvania. His DNA shows even his grandparents were mixed breeds, which include: Australian cattle dog, pit bull, Labrador, beagle, border collie, Boston terrier and German shepherd. He loves to run and play in the snow!
Vote