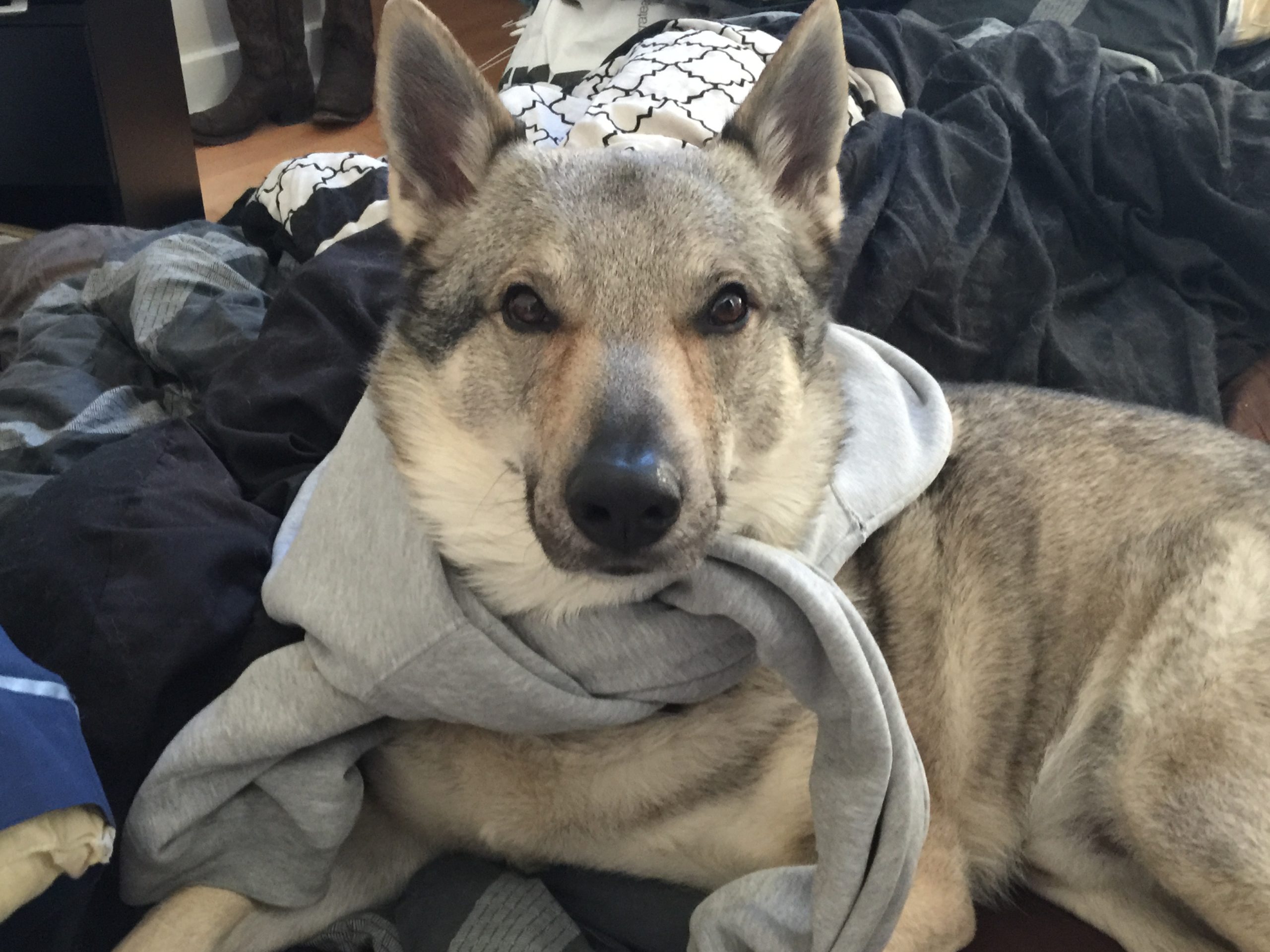 Don’t let the picture fool you, I’m a handful.

More: Fàolan was the first of his breed to be born in the USA. There are now approximately 130 Czechoslovakian Vlcaks in the country. He is a goofball, jovial, athletic, and can open doors and escape any enclosure. I had to purchase a $500 crate when he was a puppy because he would shimmy out of any regular ones. He has an amazing personality, unmatched loyalty, and loves everyone and every other dog he meets. His favorite food is chicken Alfredo, he refuses to eat peanut butter (a dog? Right?), isn’t afraid of fireworks, but is terrified of plastic bags. His cousin, Chuck, was played the wolf in the movie Alpha. He is the best dog, and friend, in the world. But all dogs are good dogs!
Vote