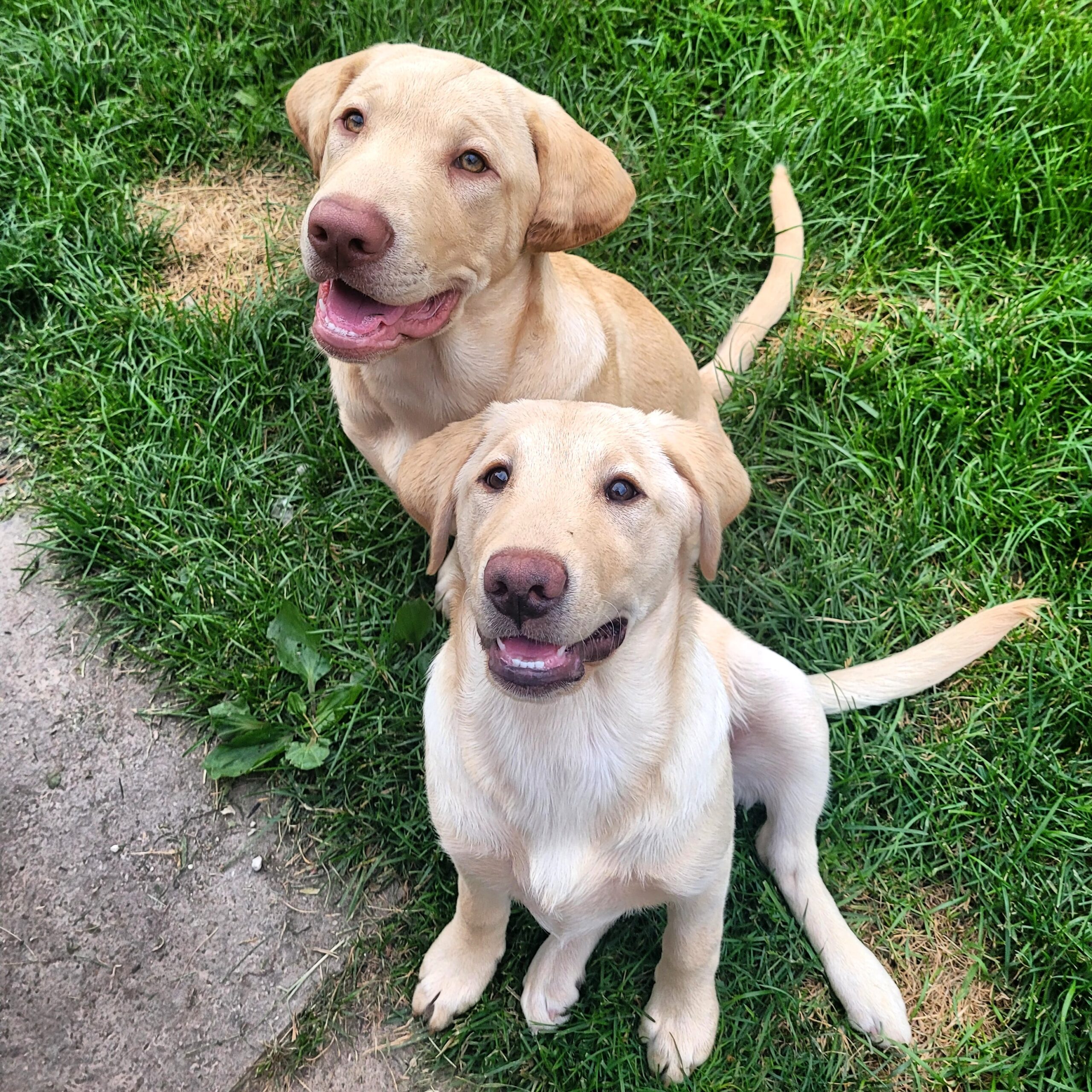 More: Frank is a dudley lab which unfortunately makes him unworthy of being a show dog and I think that's insane! We judge ourselves harshly enough do we really need to do that with our dogs? These 2 are brother and sister from same litter. We basically got Frank for free because of his light features. Our son Ryan met a yellow lab while in the hospital for his monthly treatments and absolutely fell in love with them. We had almost given up searching after almost a year then boom a woman in line over heard us talking and 24 hours later we were bringing both the puppies they had left. Frank is all personality and vivy our small scrapper when she is not crashed out on your feet.
Vote