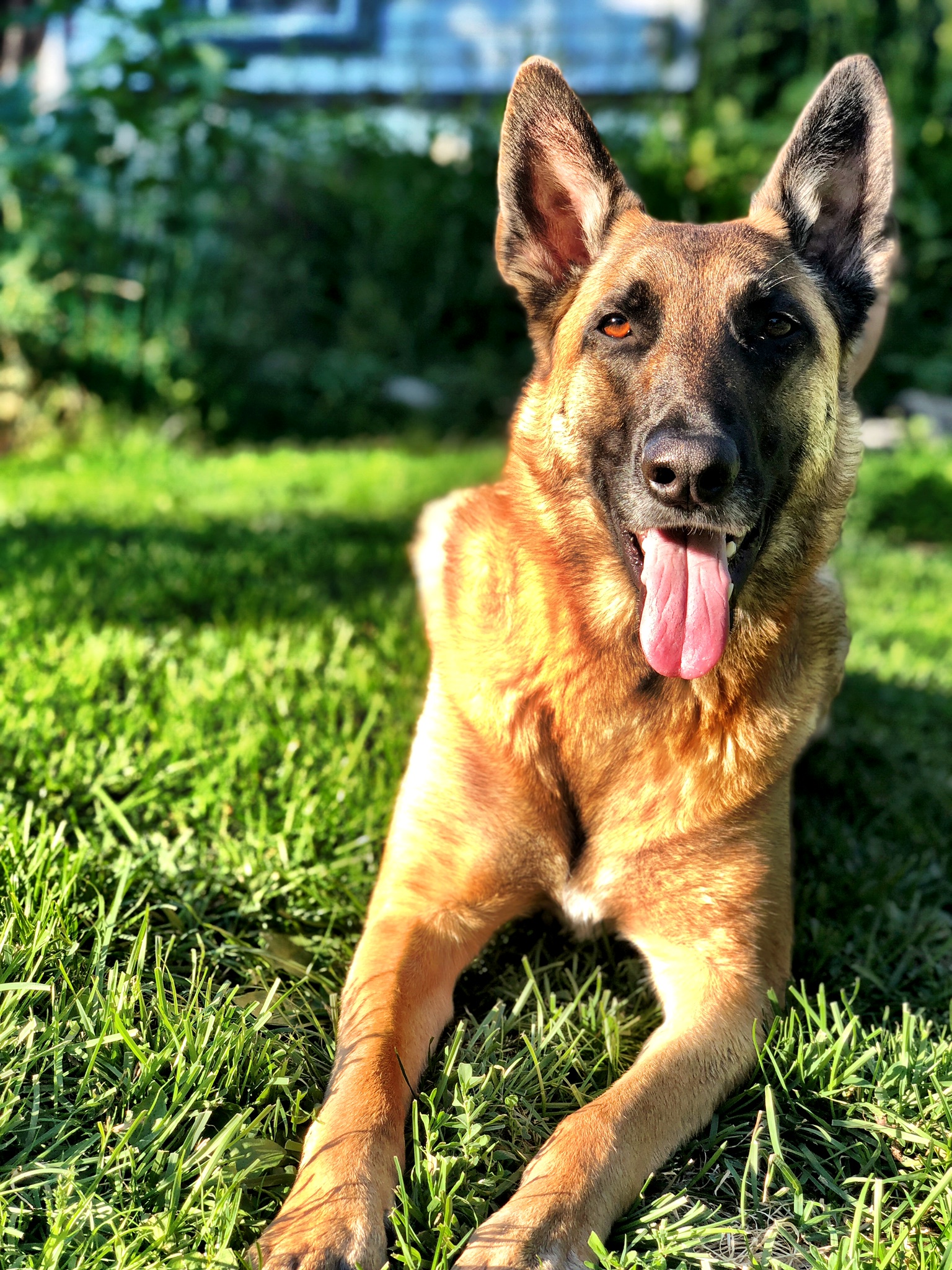 Watching the sun set after a nice summer day of playing ball.

More: Fynn loves his humans, frisbees, his kiddie pool, tearing the stuffing out of his stuffed animals, going on walks, and chasing around his two sisters who happen to be cats. Though Fynn is 70 pounds of muscle, he never misses an opportunity to squeeze on the couch and cuddle up with his humans.
Vote