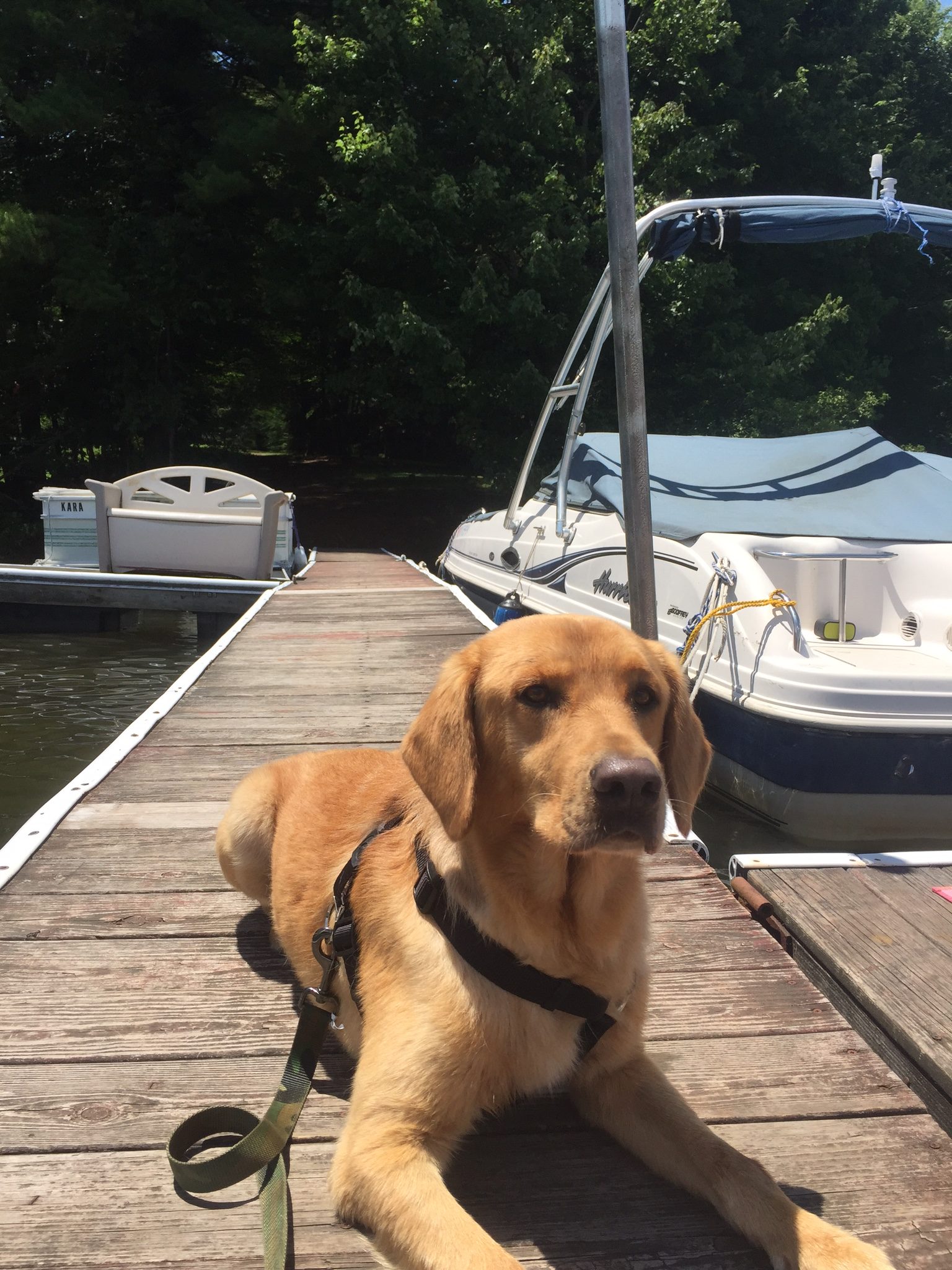 More: Gunner had a rough start to his life. By the time he was 1 1/2 he had been surrendered to a municipal shelter and rescued twice. It was the rescue that I was cofounder of that saved him and by this time the reason became apparent. He was heart worm positive. He had an extremely high worm load and was rushed to an intensive care facility by pet ambulance after having heart failure. Gunner was adopted by my daughter after his completed treatment and became her steadfast companion. This picture was taken the weekend before he slipped a disc because he was on blood thinners for his heart worm treatment and he bled into his spine. He was so lucky she realized he need help. He was so lucky she lived in DC near an emergency vet hospital that has a staff neurosurgeon. We had no idea if he would survive the 5 hour surgery or if would ever walk again. He did both. Fast forward to now past Surgery and 2 heart worm treatments and Gunner is a happy and healthy 6 year old. Nothing but smooth sailing now!
Vote