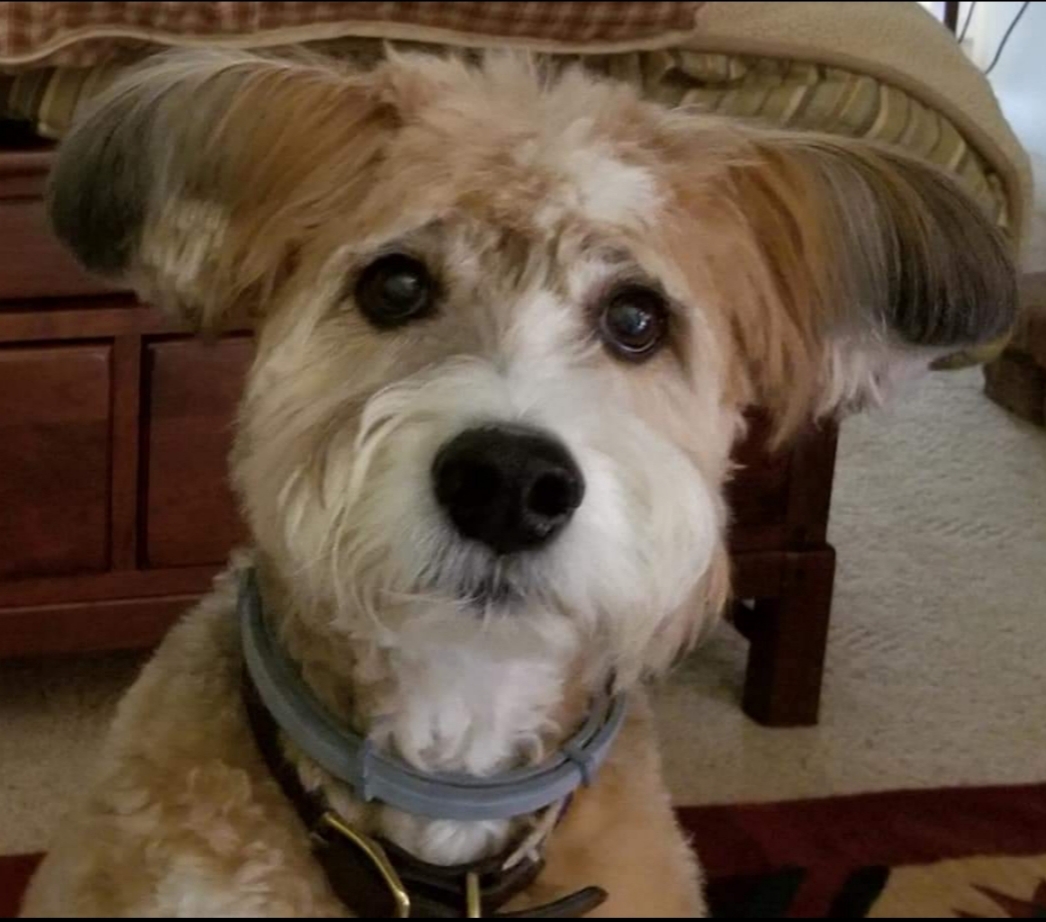 More: Gus was named after hurricane Gustav and was abandoned, a rescue dog from Lafayette, Louisiana. The largest evacuation of a America state in American history. He was posted on petfinders.com when my wife found him but shear luck over 13 years ago. Although he was only on that site for a few hours there were well over 500 some people ahead of my wife. According to the director of the adoption site, the most ever for an adoption of a dog in were history. We had been looking for a tri-color Tibetan Terrier for well over 5 years at that point in time when my wife found found Gus. My wife became very disappointed disappointed when she heard that news of all the people ahead of her. So I intervened and wrote a letter to the director. Somehow and still a mystery to me, not only did the director selected us as adopties but wave the adoption fee also. Interesting note, I found out years later, that it is bad luck to sell a Tibetan Terrier, according to monks that live in Tibet. They considered them holy dogs. That why when I ordered a dog collar from Orvis a few years back I had it printed "GUSTAV THE HOLY TERRIER" on it. Gus was 1 year 5 months old when he came to us after hurricane Gustav. He spent a wonderful 14 years with us and Twitter until one day when we're playing outside he began choking on a dog treat. I administered the Heinlick Maneuver on him and he seemed to snap out of it. He jumped on me wagging his tail looking for more treats. A little later he became despondent, I rushed him to the emergency facility for dogs in my area. Speeding with my 4 way flashers on I got to the site, he walked into the dog emergency facility and when he saw the other dogs began wagging his tail, shortly after he lay down and passed away. They rushed him in the back and performed CPR, with no luck. Then ask if they could do a low percentage procedure where they opened him up to try and restart his heart, I agreed. They later informed me that Gus had a tumor on his lung and it was bleeding whi was bleeding which caused his death. That was September 2nd, 2021, and I have cried everyday since. There are very few breeders in United States most are found in England where the dog was originally brought in from Tibet in 1922 as I gift to a doctor who saved a monk's life in Tibet. As a positive note, I have made a deposit on a puppy that was born October 2nd, 2021 that supposedly looks very similar to Gus. I'll be more than happy to supply more photographs of Gus. I would love to do so, upon your request.
Vote