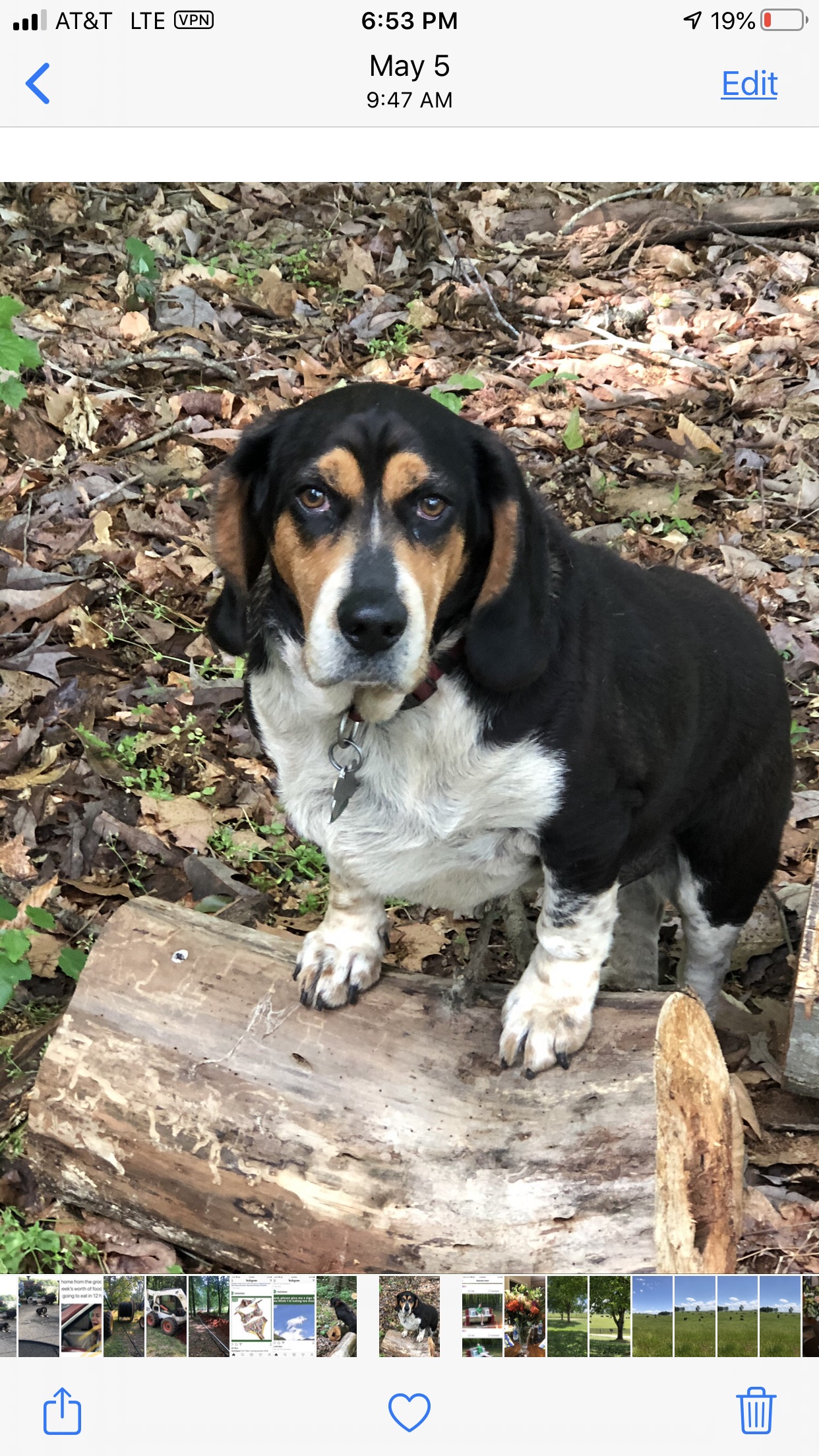 Harvey, he showed up after Hurricane Harvey hence his name

More: We love him , he showed up after Hurricane Harvey so we took him in and called him Harvey, he had a personality, he looks like he is clinically depressed, reminds me of Eeyore inWinnie the Pooh , he has had so many adventures living on Padgett Farms that we could write a book about , from his first vacation in our RV to trying to hitchhike a ride up North , he is one awesome dog that we love so much ,
Vote