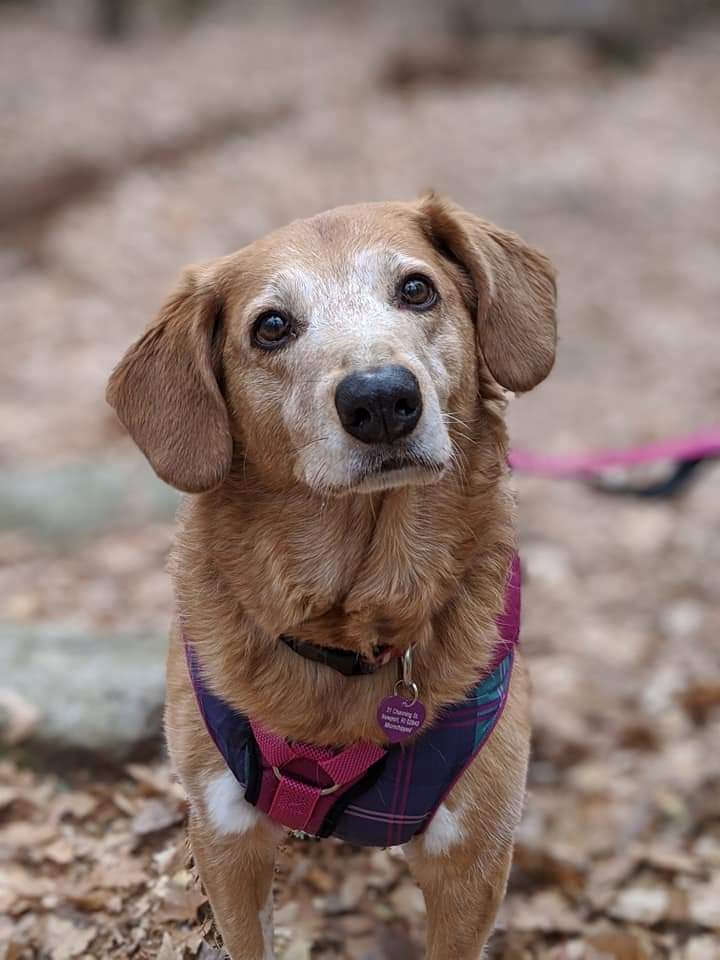 Honey the Hiker Blazes a Trail!

More: Also affectionately known as "Floof," "Wiggle-butts," and "Sweet Girl," our Honey was rescued by the Prince William VA SPCA and won our hearts in 2010. Being a Navy brat, she has moved six times so far and has made friends everywhere she's lived! While she's slowed down a bit (she is, after all, the ripe age of 14), Honey is still a champion hiker who loves peanut butter, cuddles and playing with her human brother, Jack. She could not be more loved!
Vote