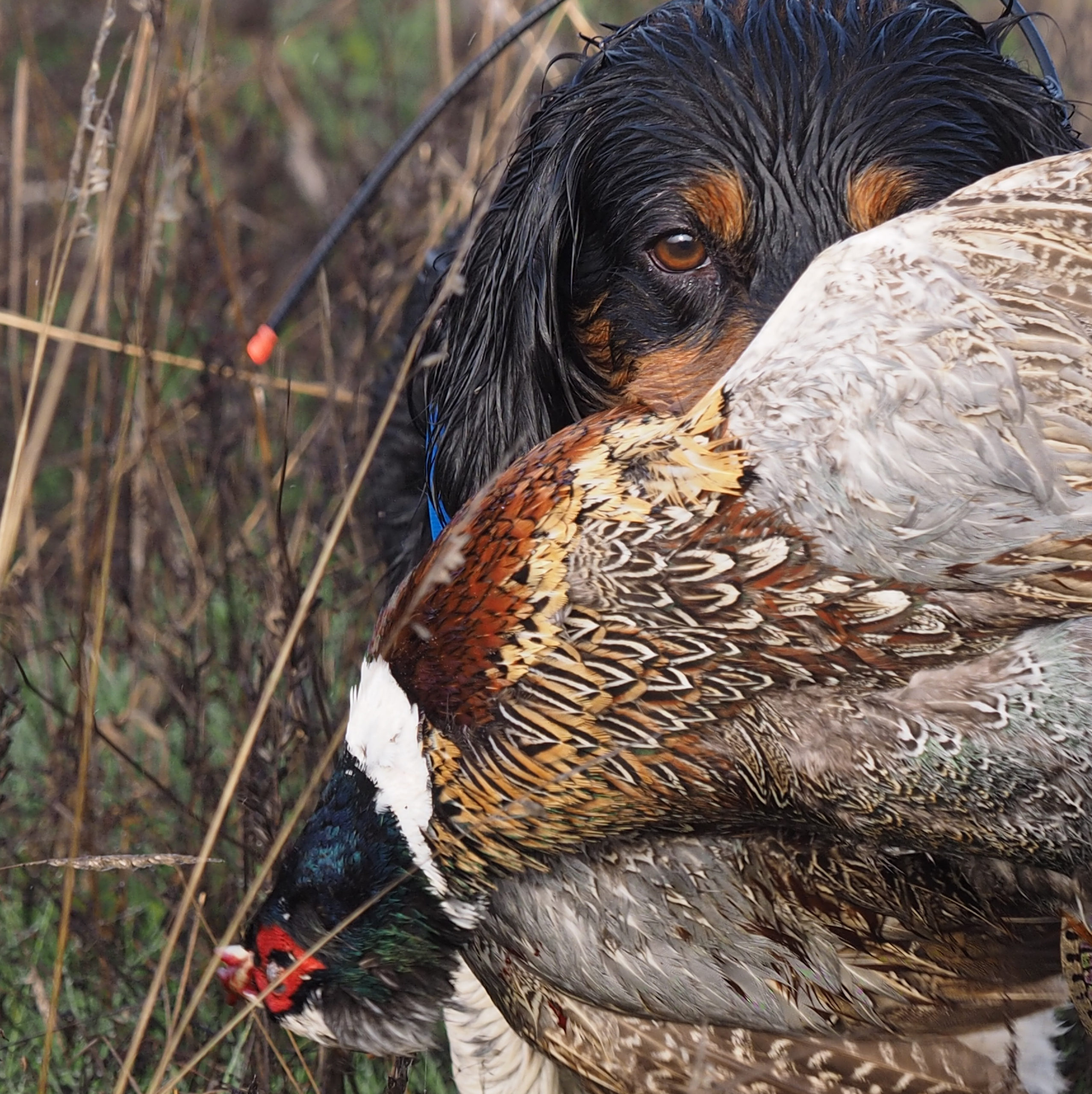 Ison retrieving a pheasant in Willamette Valley, OR

More: Ison was named after the comet ISON that first appeared two months before his birth; the comet was predicted to be more spectacular than Halley's comet but, shortly after rounding the sun's far side, it broke up. Ison the dog is an avid hunter with a kind and gentle soul. He loves to retrieve birds, bumpers, and sticks to his human mom.
Vote