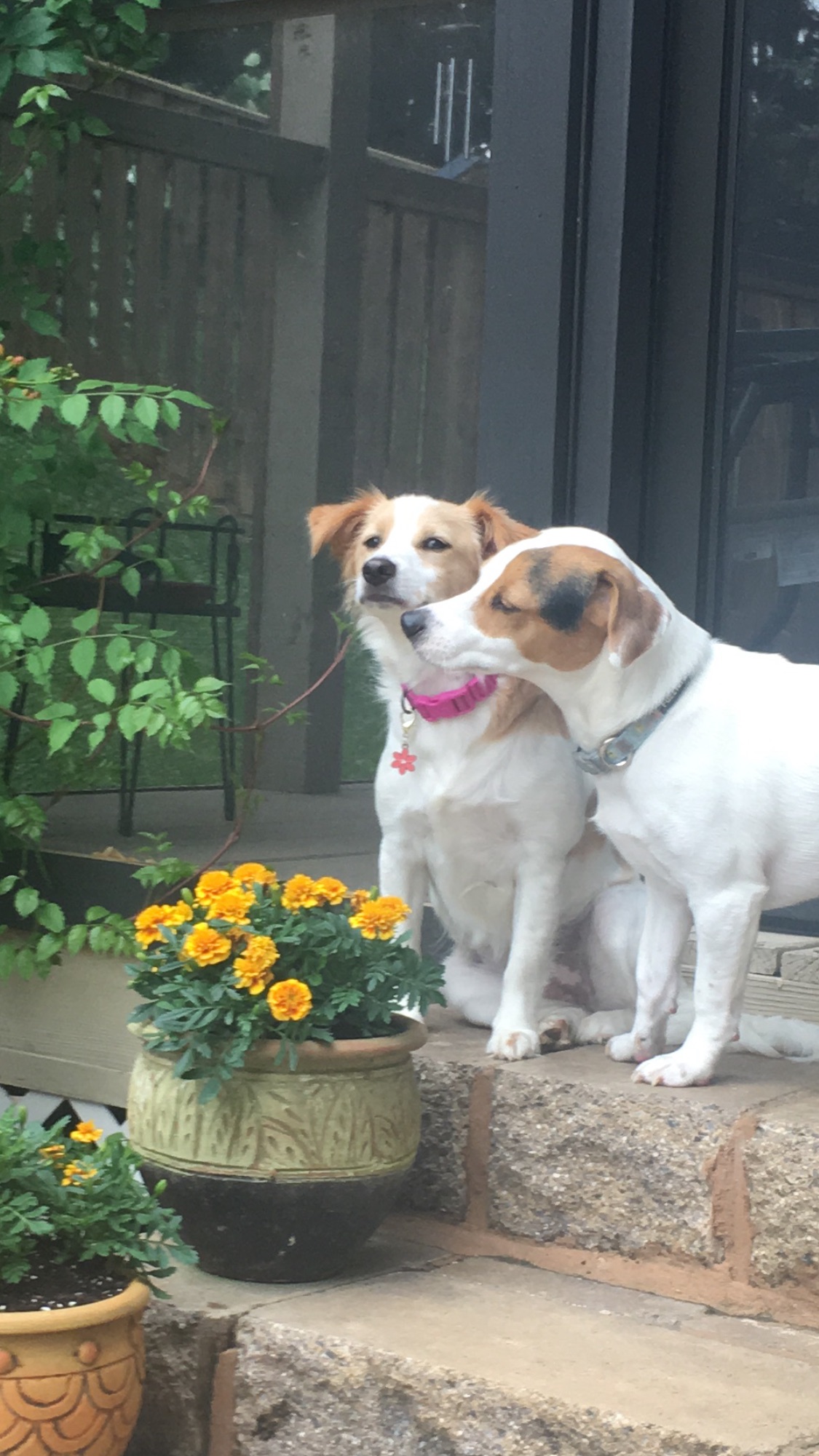 I love my forever home

More: Scout and Ivy were adopted together. They are brother and sister. We rescued them through Pitt stop PA rescue. They were roaming the streets in Texas alone and scared. Scout ( Jack Russell) had a broken leg at some point & it has healed but he has a limp for life. He also has a few broken teeth. Not sure what happened to him but I’m so grateful that they are my babies now!!!🐾🐾🐾
Vote