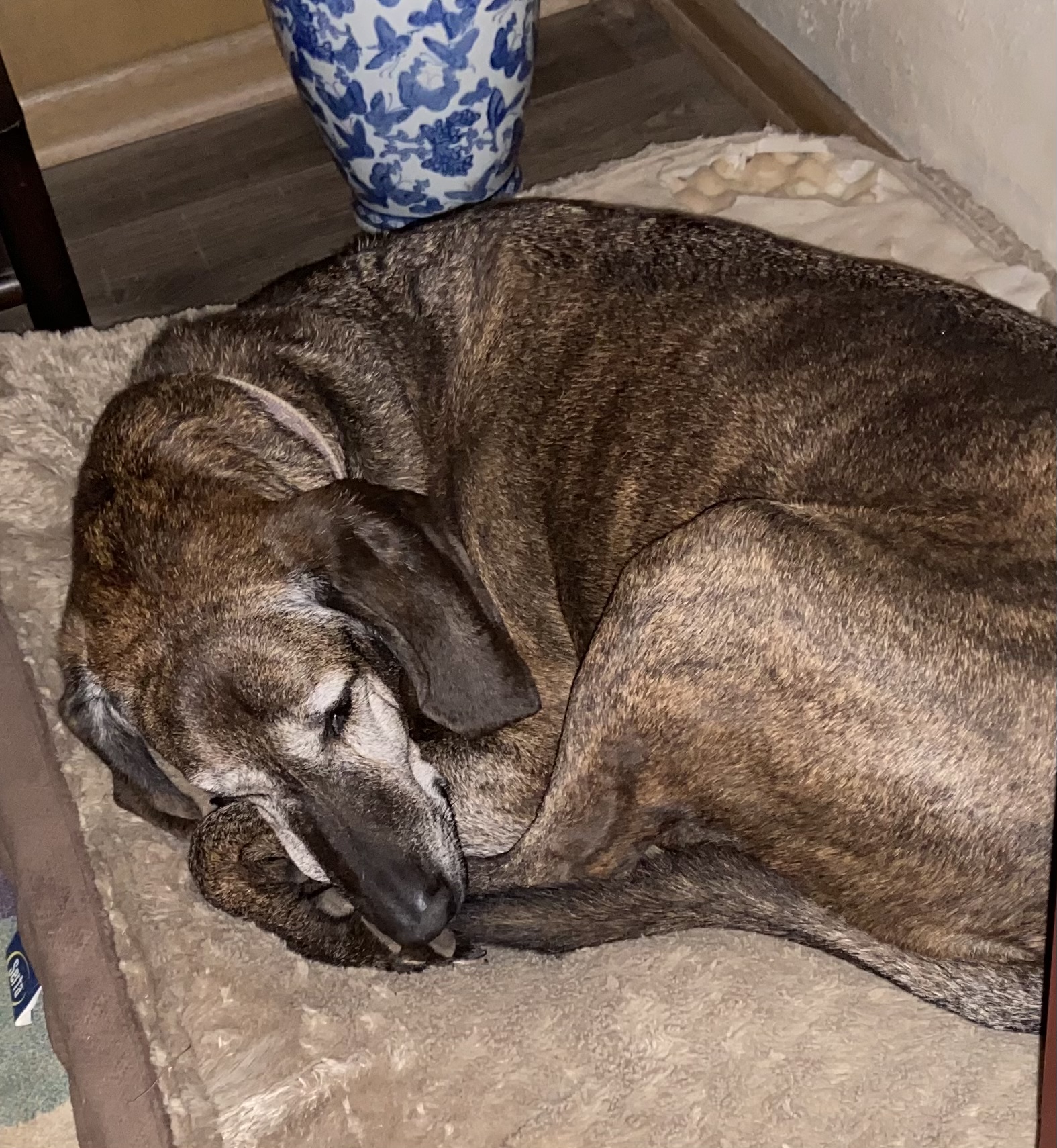 More: This boy was rescued in 2012 when a young man told me if someone didn’t get the dog , his dad was going to shoot him. We drove in a driving snowstorm to pick him up in the country. Called his name & he came running & jumped in the drivers seat of the truck. We brought him home, and our rescue couldn’t ever get him adopted, so we kept him. He’s older now & has cancerous lumps & we love this boy! I only have rescue dogs. We think he was dumped because he hates loud noises & the breed is an official hunter & he wasn’t!
Vote