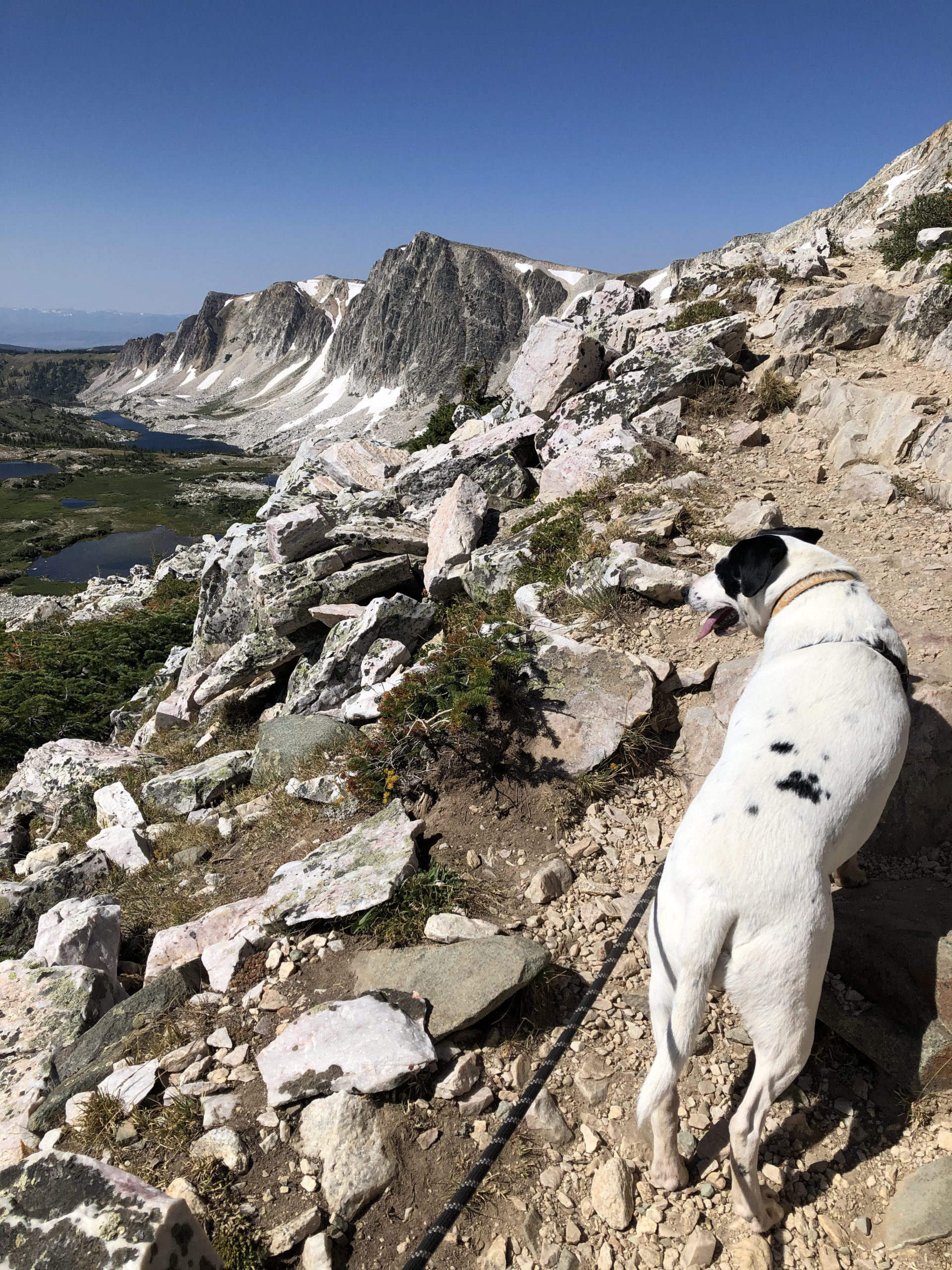 Breed: Some sort of hound mix

More: We don't know Jed's breed or exact age because he was found at a gas station in Alabama. He had been living there for weeks with a littermate who was hit by a car before we found him. He was covered in mange that required months of weekly vet treatments to cure. He is a timid boy, but he is extremely sweet and very bonded to his human family, his cat brother, and his dog sister. His hobbies include hiking, chewing on branches, and catching any vegetables that fall from the cutting board during dinner prep. He is a road trip champion.
Vote