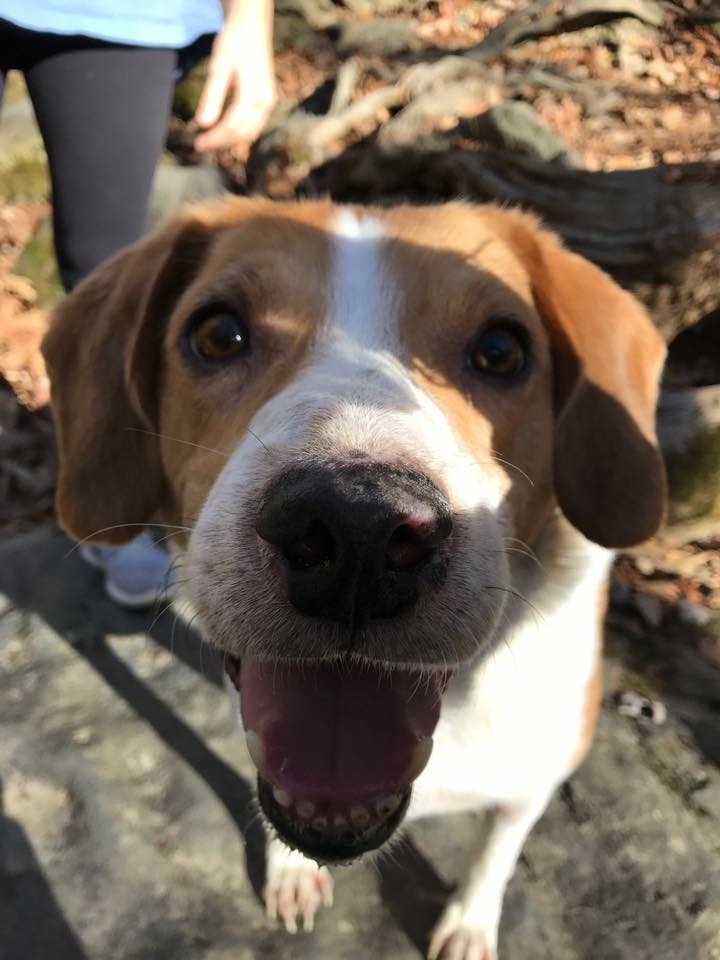 More: Jed (Tennessee Jed Booth) was seized from an abusive/neglectful situation with 6 other dogs (all small beagles). They were kept at the County’s animal shelter for more than a year and all 7 dogs were used as evidence in the case against his abusers. They were convicted, sent to jail and the dogs were surrender to the shelter. The 6 small beagles were sent to rescues but no one wanted the really big one known as “Big Head”. My family adopted one of the little beagles from a local rescue and when I heard the story, I researched where the others were. All of the small beagles had been adopted but the big one was still at the County shelter. We called the shelter and said we were coming to adopt him so he could be reunited and live with the little beagle girl we had, thought to be his mother (she was the only female). When we brought him home, their reunion was amazing to watch ... they were so happy. We renamed him Jed (rhymes with Big Head). He is goofy, clunky, happy-go-lucky, friendly and honestly loves everything ... all people, all animals, and all experiences! And, this picture certainly sums all of that up!
Vote