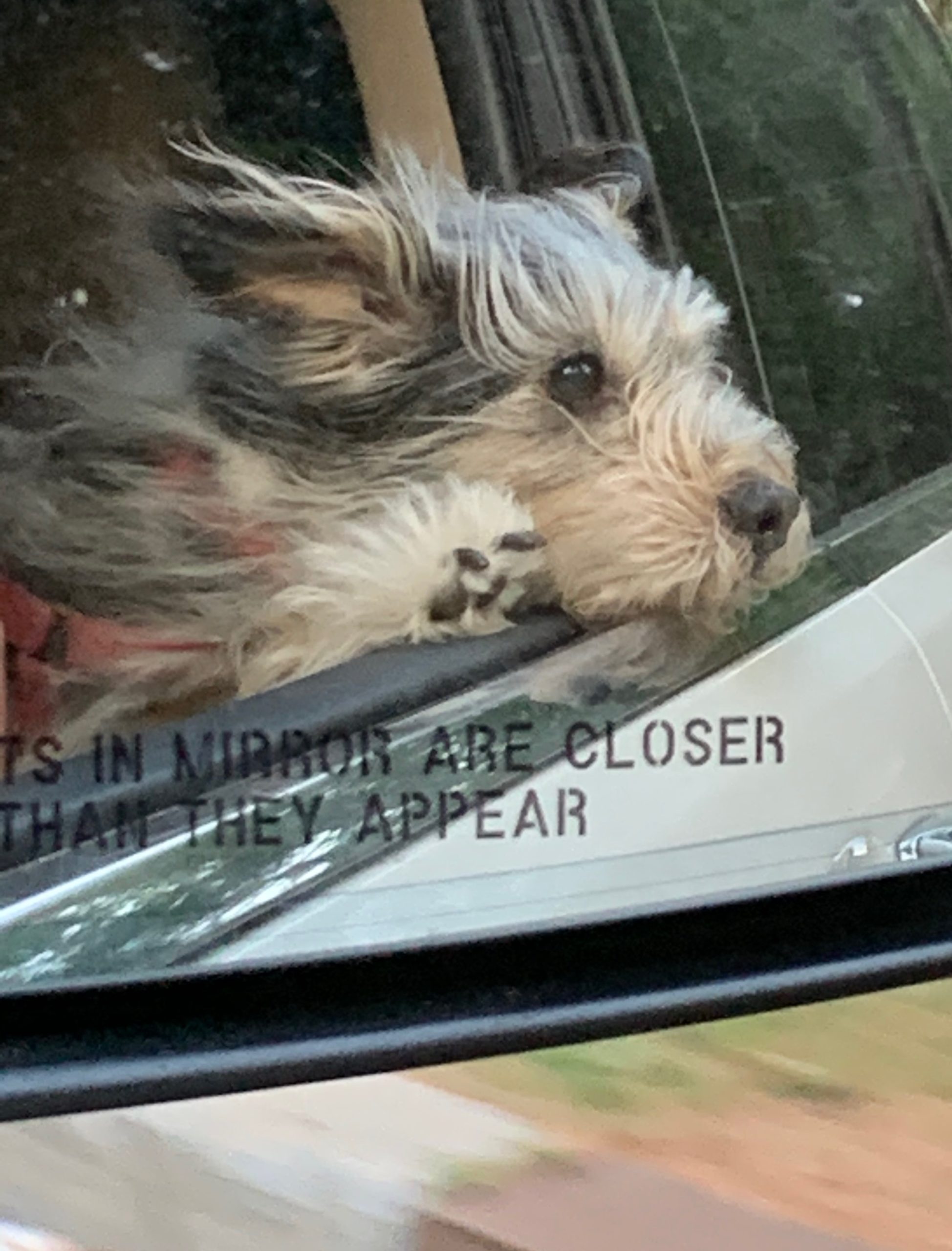 More: Joey is a character. He’s 14.5 years old, but his veterinarian says she could swear he he is only 7. He’s been through a lot in the past few years with a herniated disc, 2 surgeries, and having ten teeth pulled, but he never misses a beat! Joey lost his rabbit sister (who was also his best friend ) 2 years ago. She was his source of security and calm during those very frightening thunderstorms. He loves his human family, car rides, snuggling, long walks, treats, sniffing, sleeping on the dining room table, barking at the mailman, eating homemade dinners, catching garter snakes, and chasing “bunnies” (aka squirrels), but he’s not a fan of swimming unless it’s in his kiddie pool. Joey’s a free spirit (taking after his Jack Russell mother) who loves life and everyone he meets. He’s totally in tune to his human family. His vocabulary is that of a 14 year old human. He is 18 pounds of pure love, and totally in charge of this household. We absolutely adore him.
Vote