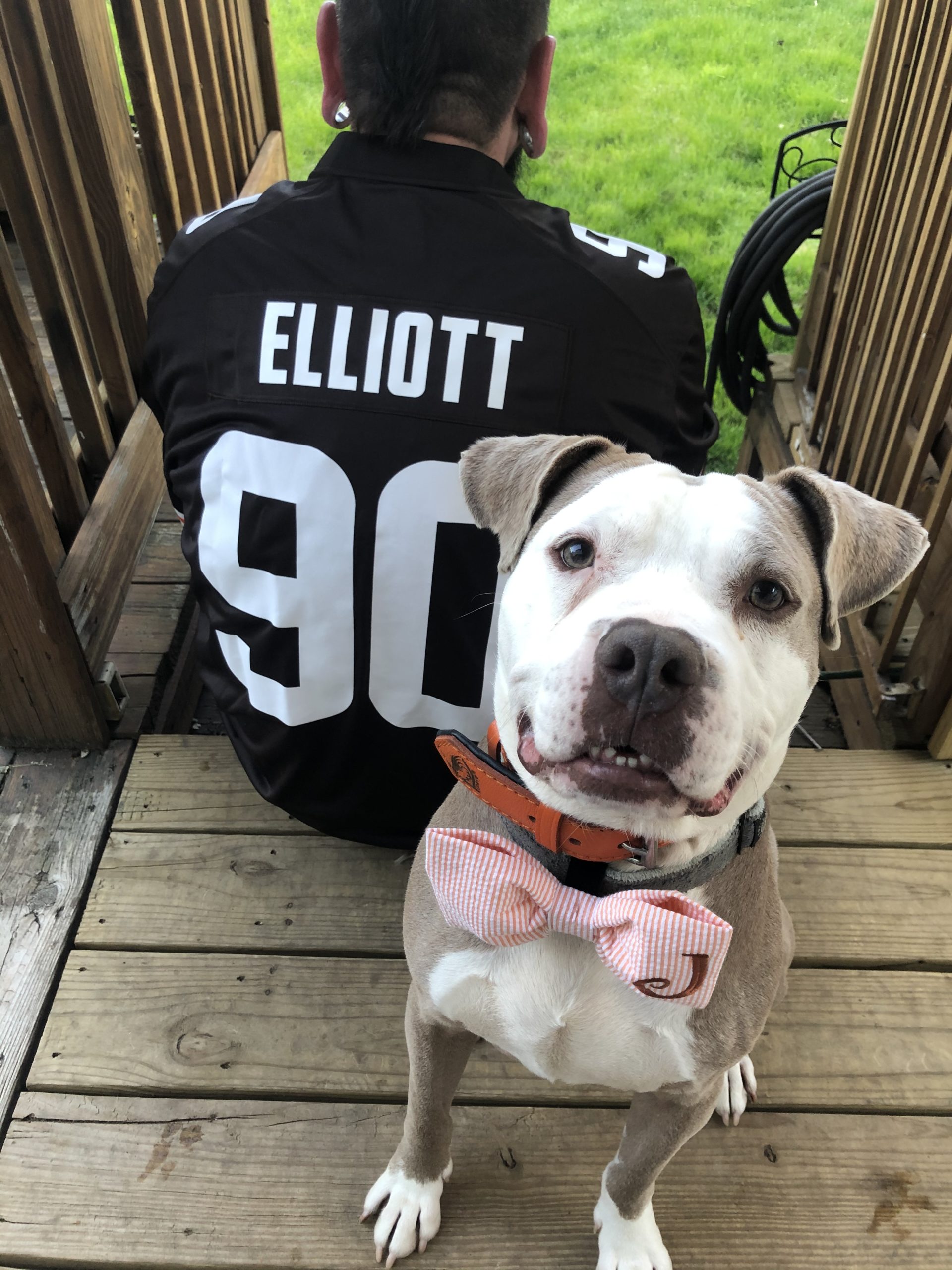 More: He was adopted after a 7 month stay at the Cleveland City Kennel. He was found stray, emaciated, and heart worm positive. We adopted him and he was clearly the sweet boy we had been waiting for. He has 3 pittie sisters and us to dote upon him. A handsome, rugged, outdoorsman who knows how to keep in touch with his sensitive side. A true diamond in the “ruff”!
Vote