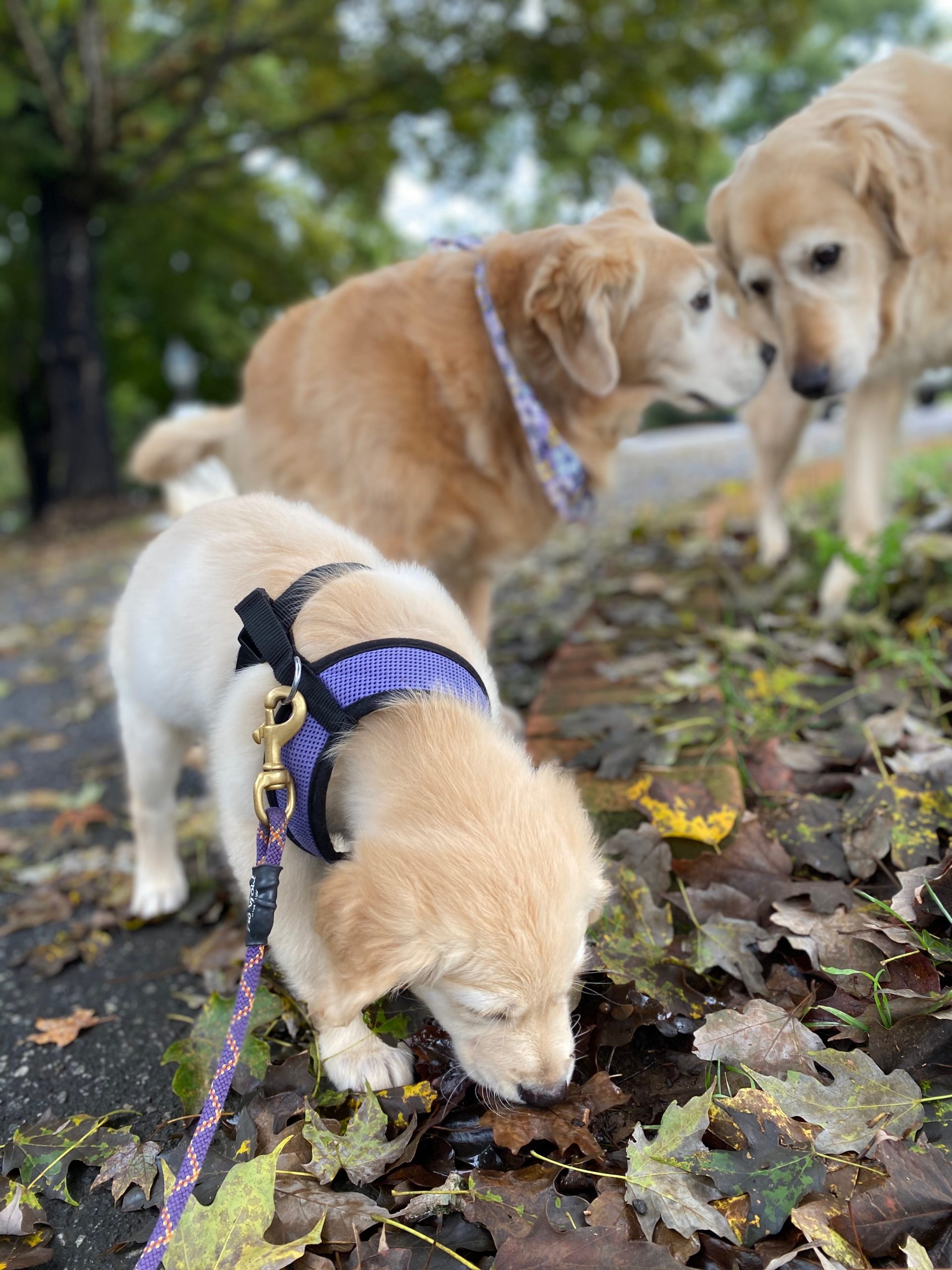 Life’s a journey! The two neighborhood goldens (Birdie and Scout) contemplating if this pup is their own.

More: Journey is a kind and calm puppy! Journey spends most of the day romping in the backyard of Hickory, NC and teaching Ryder her younger sister who is also a golden retriever. Journey was originally supposed to be a gift to my boyfriend for our one year anniversary but after she spent one night with me it was clear that she was my girl. No worries, my boyfriend got his own golden girl, Ryder 2 months later.
Vote