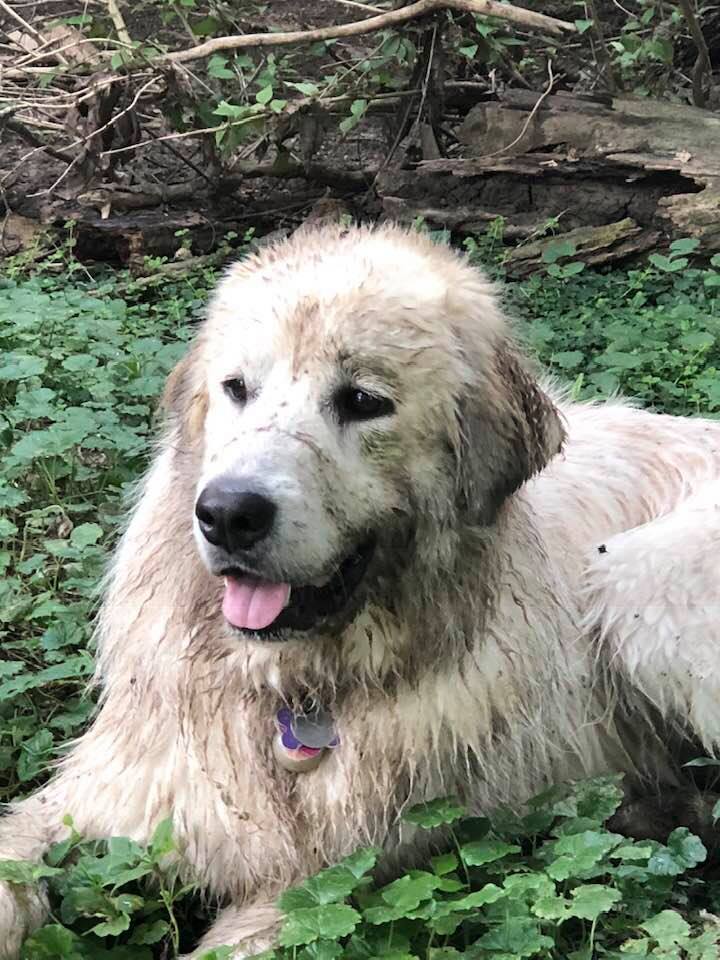 A day in the woods!

More: In 2016 I lost my beloved dog, a Great Pyrenees named Katy to canine bone cancer. My husband and I did everything to keep this dog alive; one leg was amputated, chemo treatments and endless stream of experimental drugs. Sadly, on October 27th we lost our girl, it broke our hearts. By December I had decided the only way to move forward was to bring a new puppy into our home. I found an online ad for a farm a couple of hours away that had a liter of Pyrenees pups and they were willing to sell a couple of them. I called the owner, told her what happened to my previous dog and asked if I could come and see the pups. When I got to the farm, we went to a chicken coop and inside was a pile of darling puppies. I picked up each pup and one after one they would jump out of my arms wanting nothing to do with me. When we got to the last puppy the owner said you don't want that one, she has chicken poo on her head and she's kind of a terror. I went ahead a picked up the pup and she looked me over but did not jump from my arms. I knew right away that this was my dog. As I went to leave with the smelly puppy in my arms the owner handed me a piece of paper with some information on it about my new dog, she was born on October 27th the day my Katy girl had passed away. I will always believe that Kelsey was sent to me by my precious Katy.
Vote