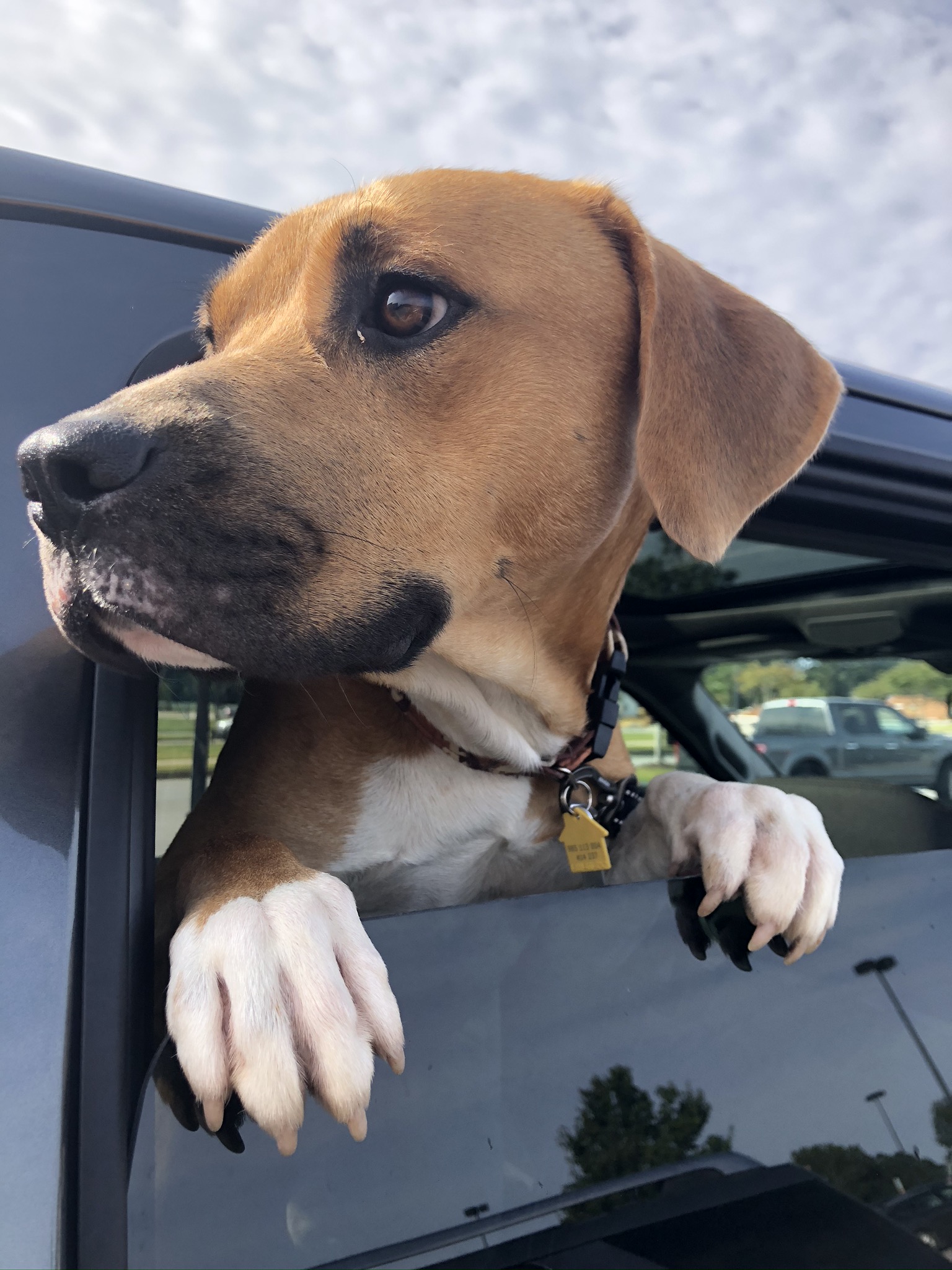 Lego on the lookout for the next adventure

More: Lego is a rescue that I adopted in September. He loves to go on hiking adventures with me (and pretty much anything that involves being outside). He is a happy go lucky dog who loves meeting people and other animals (although he likes to chase after squirrels). Lego was named Legolas (from the Lord of the Rings) by the rescue but I shortened it to Lego. I think it fits his personality more.
Vote