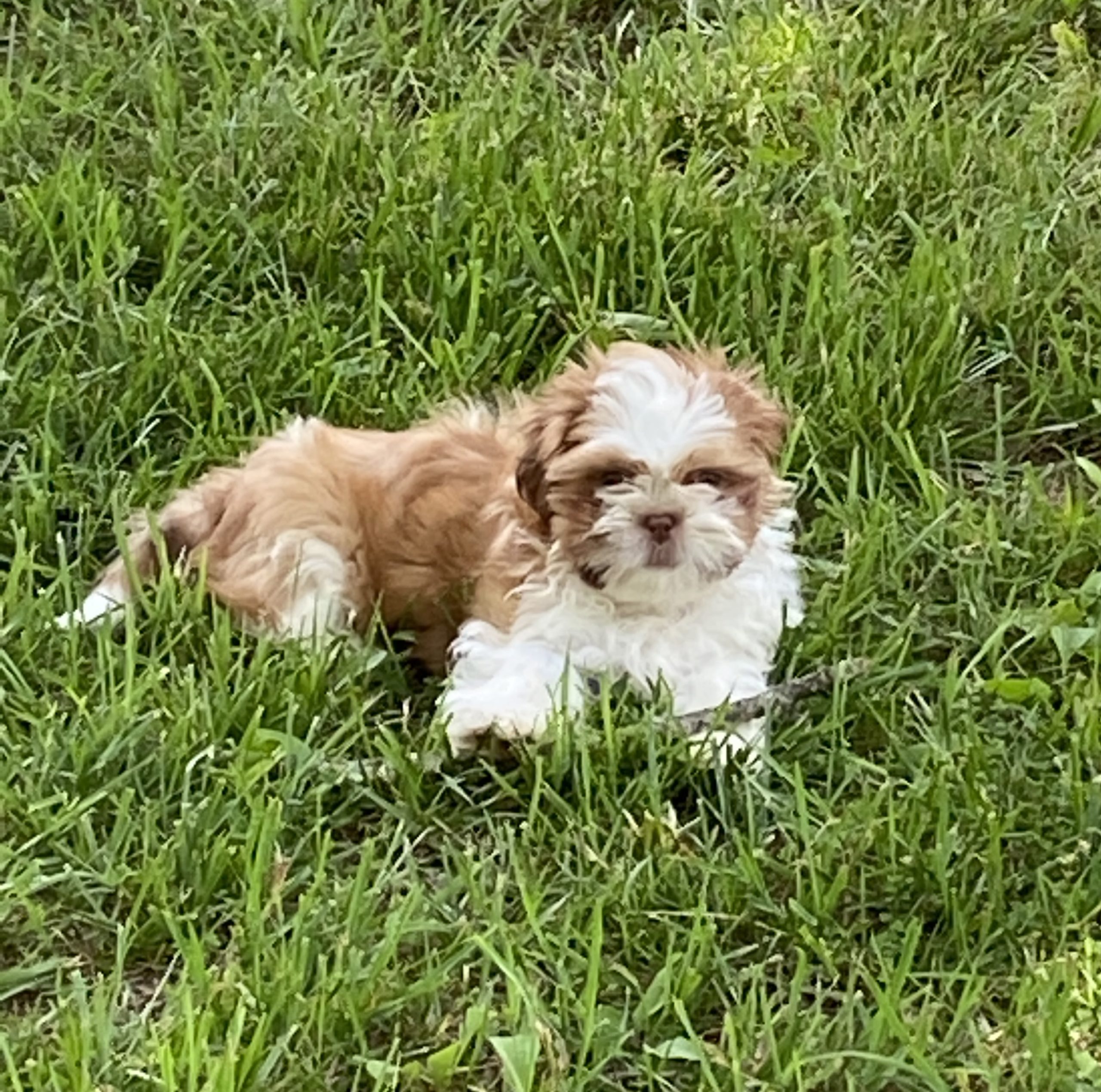 A dog and his sticks

More: He loves sticks! He will chase a stick before a ball! He loves his older brother from another mother! They play tug of war constantly! I named him Lewie after my late father Lewis! I have a great grandson that was born 3 days before Lewie! Lewie weighs 18 pounds and weighs more than my great grandson!!
Vote