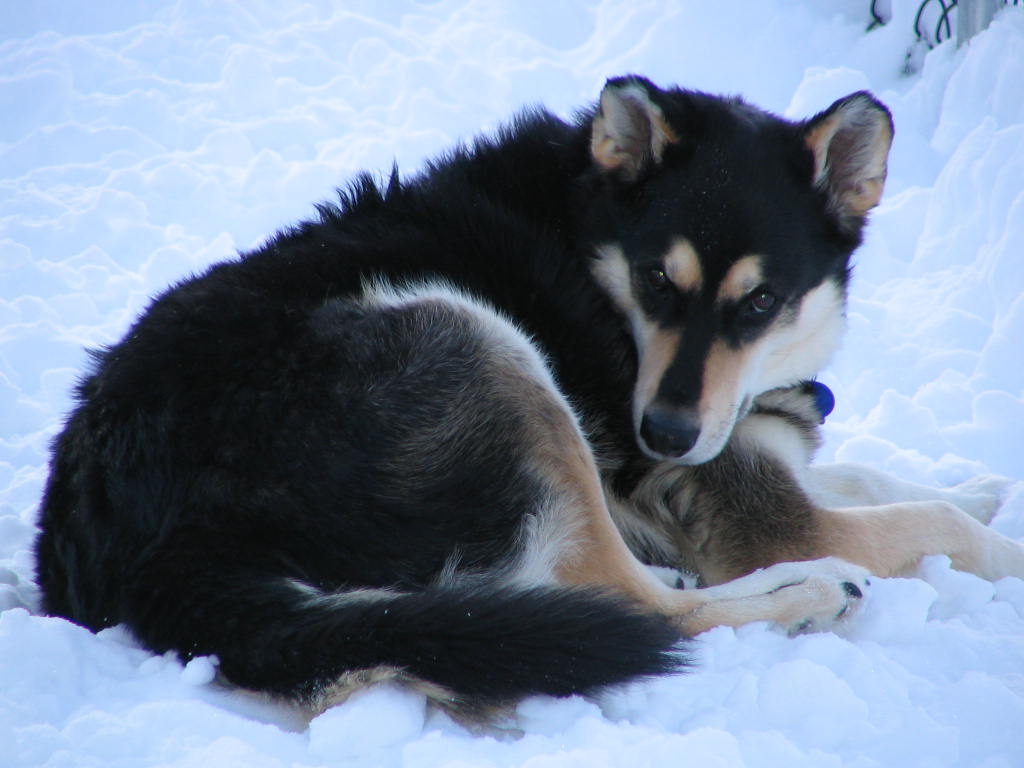 Lionel in the snow.

More: I Lionel from rescue after he had been hit by a train. The rescue and my family together nursed him back to health. Notice the tips of his ears are missing. Rats were seen nibbling at them by the animal control officer who found him. His back leg was broken with degloving. When I adopted him in 2002, rescue estimated his age to be 8 or 9 years old. He died of cancer in 2007. Yet with all he had endured, he was patient, affectionate, and highly protective of children.
Vote