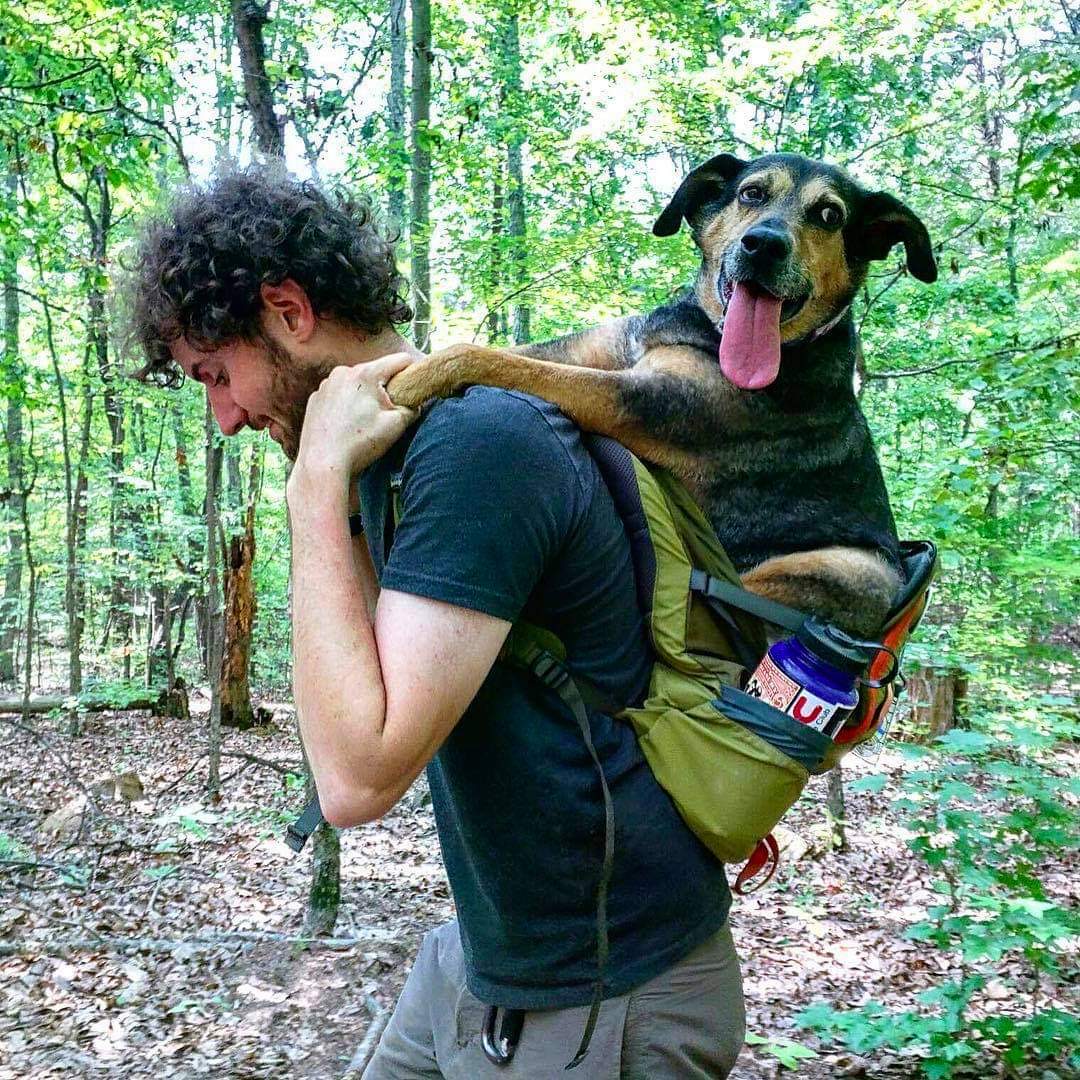 More: She was suffering from cancer and this was one her last walks with my son, Colin. On this walk, she was just worn out after several miles on the trail, and gladly hitched a ride in Colin’s backpack to finish e walk back home. . We found her as a young dog in the road eating roadkill. She was full of maggots, hairless from mange, near death, and feral. My son and I trapped her, and when animal control arrived, we were told she would be put her down. We decided on the spot to keep her. She spent her early years in the company of two oher roadside finds, and her later years, in college with Colin as honorary lab dog in the computer lab where Colin worked. She loved all but mostly sandwich’s which she frequently stole off of guests laps. .She lived a great life after a particularly rough start. Best dog ever to have lived!!! .
Vote