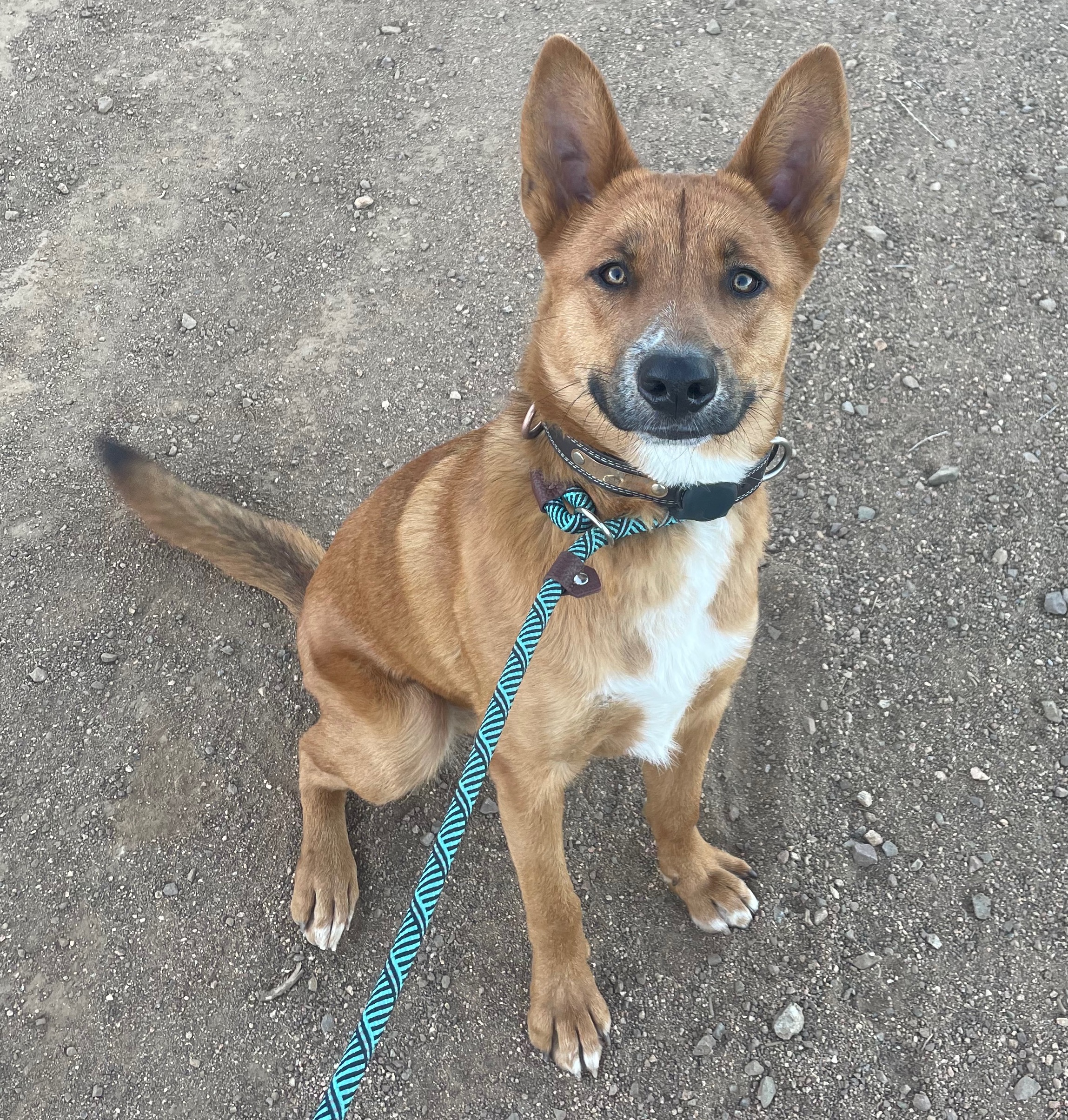 Is it treat time?

More: Lupo was saved at 6months by a rescue organization after he was found on the street with both back legs completely degloved. It seems some cruel person dragged him from a car and left him for dead. After several months of painful bandage changes he has completely healed and is the happiest boy. He loves to run and play with other dogs. His full name is Lupo la Volpe which mean Wolf the Fox in Italian. Because his looks go between wolf like and definitely fox like depending the angle he is photographed.
Vote