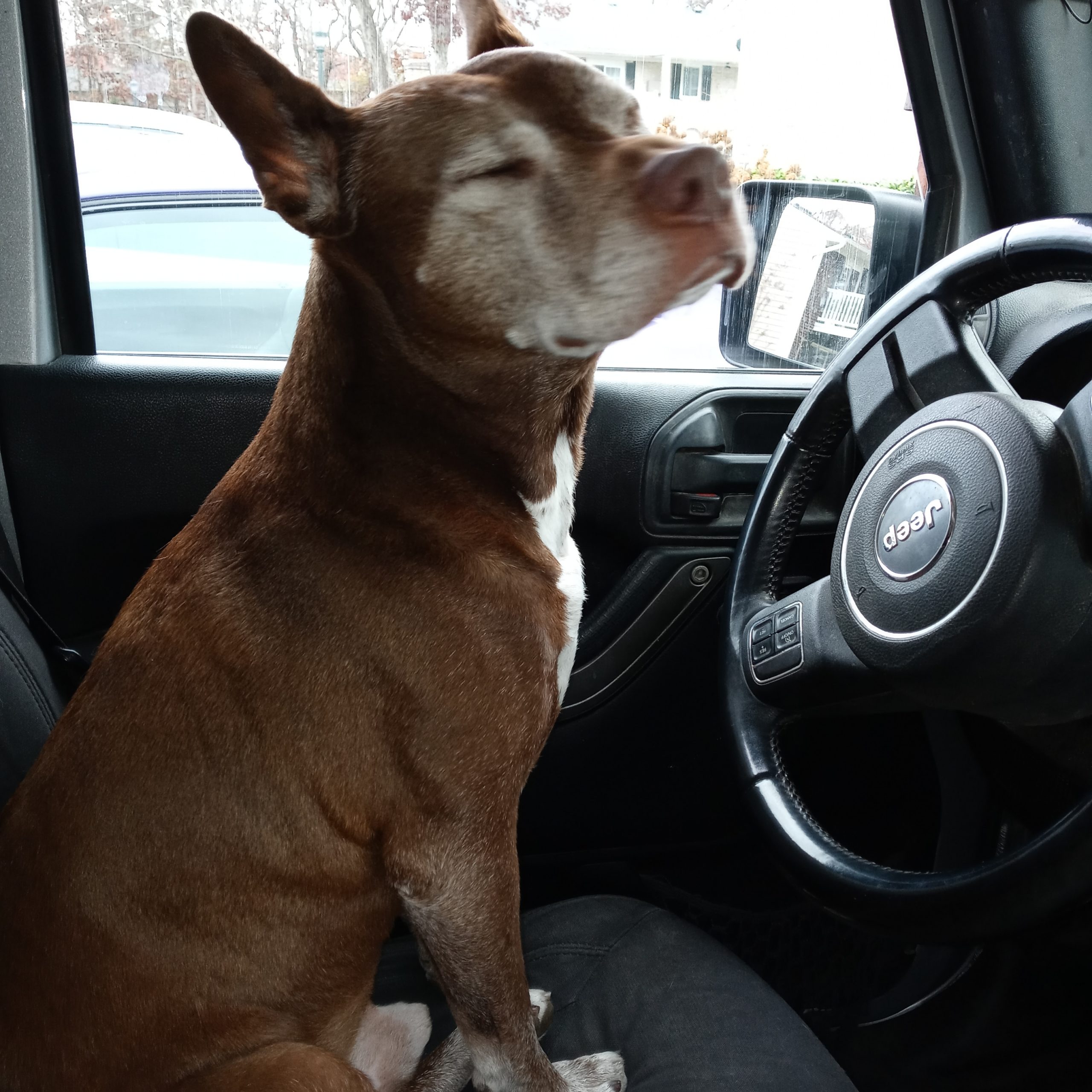 I think I'll go for a ride.

More: We adopted macho from last chance animal rescue. He's a rescue from Hurricane Matthew. He was 2 when we got him. He's the best dog ever. His original owner abused him. He was scared of the broom when we got him and is afraid of the noise a belt makes. We worked with him so he knows now we won't hurt him. Strong winds and fireworks really scare him. But we make sure we take care of him when he's afraid. He's such a lovable dog. He loves people and kids. Everywhere we go he gets milkbones from people. He loves the beach so much we can't get him off of it in the summer. He's a little momma's boy. And is the biggest mush i have ever seen.
Vote