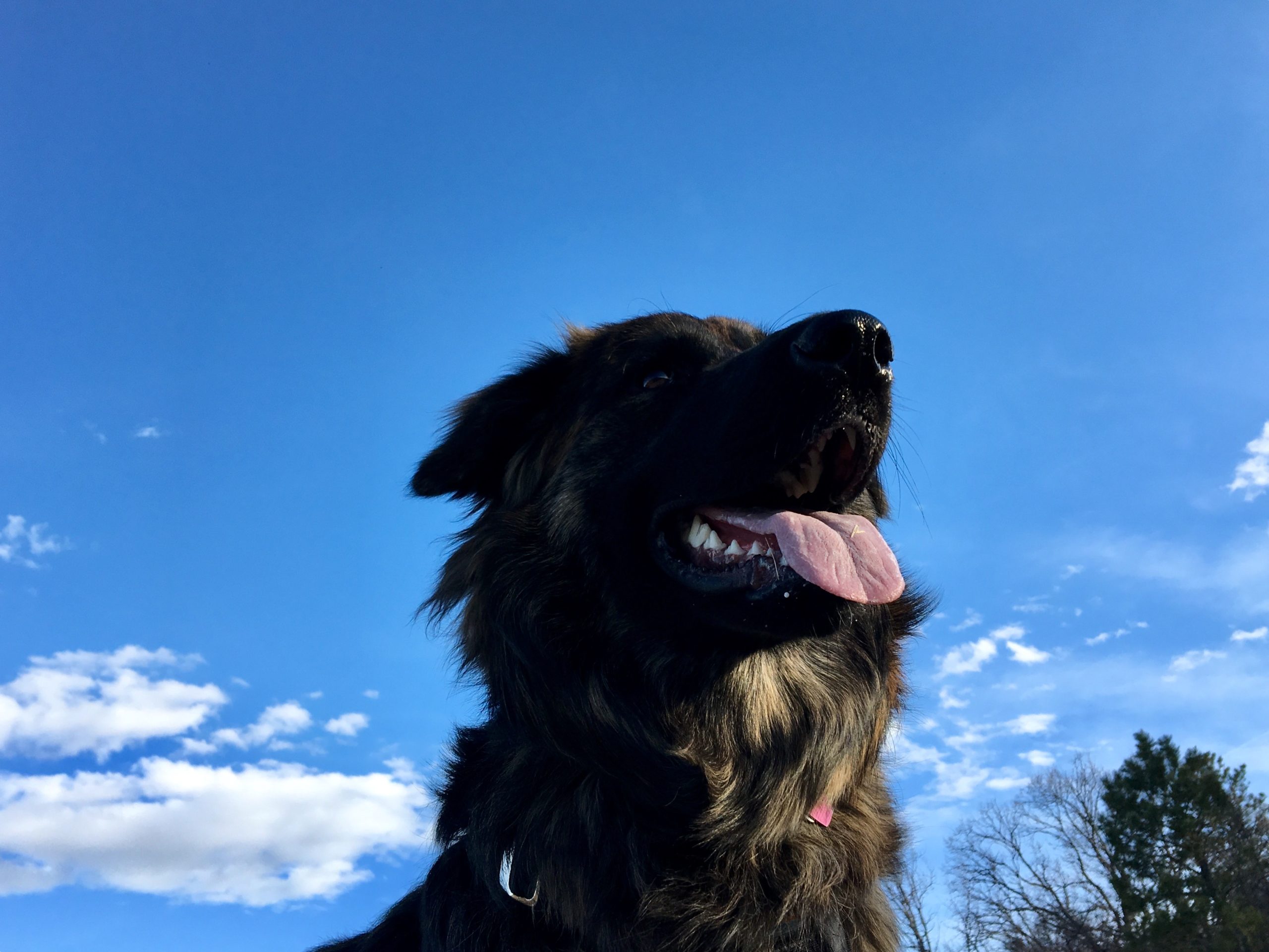 Maddie gazes off into the horizon...

More: Lovingly referred to as "the wolf" Maddie is a Golden Retriever-German Shepherd mix known for her master negotiation skills and her trademark shake after sealing a begging deal. She's particularly fond of bananas and can often be found at Dad's feet hoping for a bit of whatever he's eating. When not giving us the doe eyes she's out on the lawn chasing birds away or on a hike with us taking in the sights and smells of North Carolina.
Vote