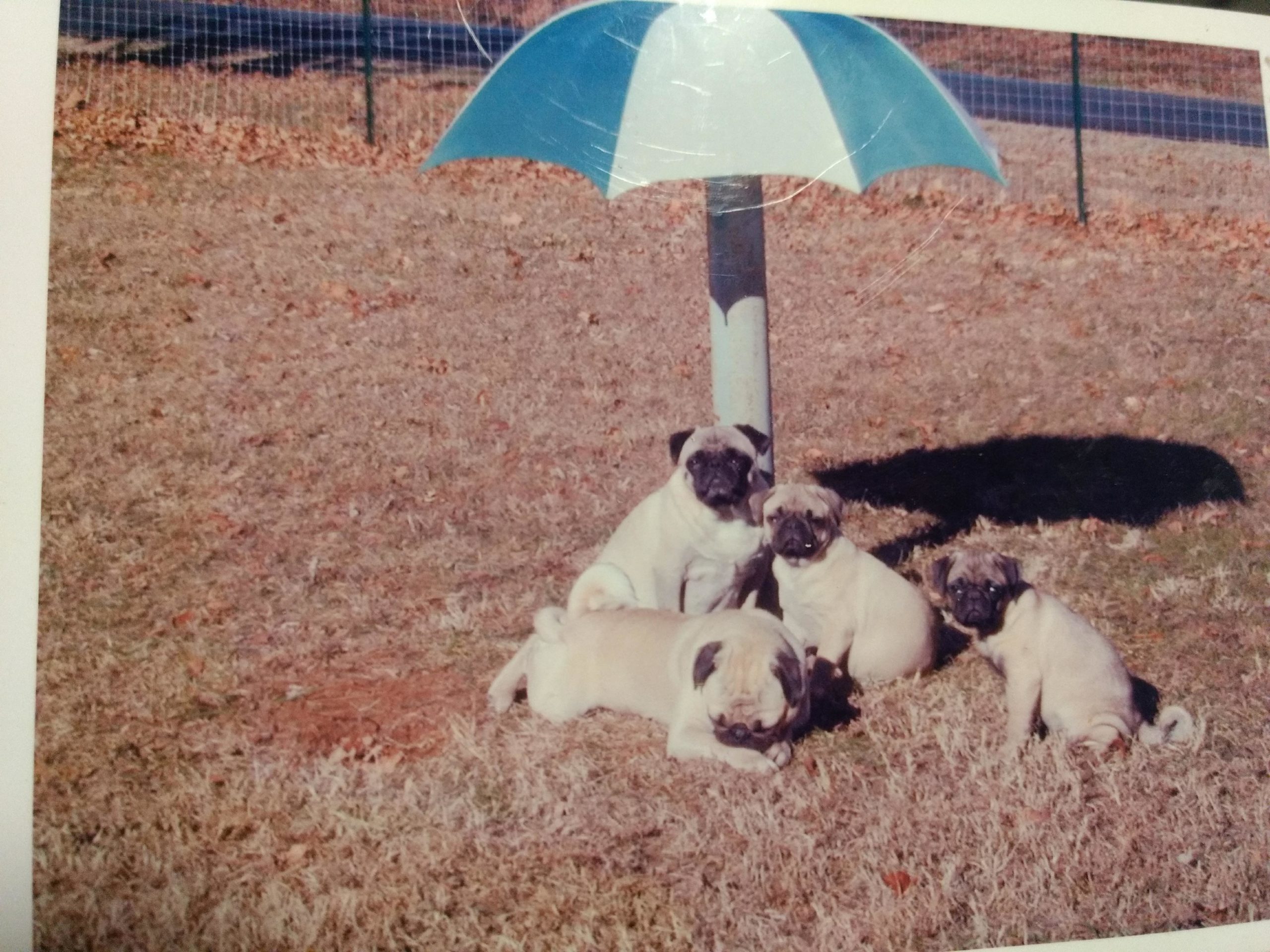 pugs in the shade

Age: Maxie was 8 years old, Buddy was 7 years old, Tuffy and Agi was 1

More: our pugs were the best dogs we ever owned. we got Maxie and Buddy through family, so don't know their actual ages, had to guesstimate. we had 6 pugs at one time, when Maxie had 4 puppies. One died 32 hours after being born, the runt of the bunch. Mack was killed just a few months after going to a new home, so he was about 3 months old when he died. Maxie was the second to die, from Cancer when she was about 17 years old. Tuffy and Agi lived with us until Tuffy ate a poisonous mushroom off of a tree and got diabetic afterwards and went into kidney failure after starting him on Insulin a few weeks later. Buddy died after he had a heart attack out ion the yard and we figured him to be about 15 or 16 years old. Agi was the last of the pugs to die. She also got cancer and we had to have her put to sleep, after a long battle of a good fight. She was almost 15 years old. just one week shy of it. They were all very spoiled dogs, all our family says. We adore dogs and were happy to start a new home with Maxie and Buddy, in 2005. I miss them dearly but count our blessings for each day we had with each of them.
Vote