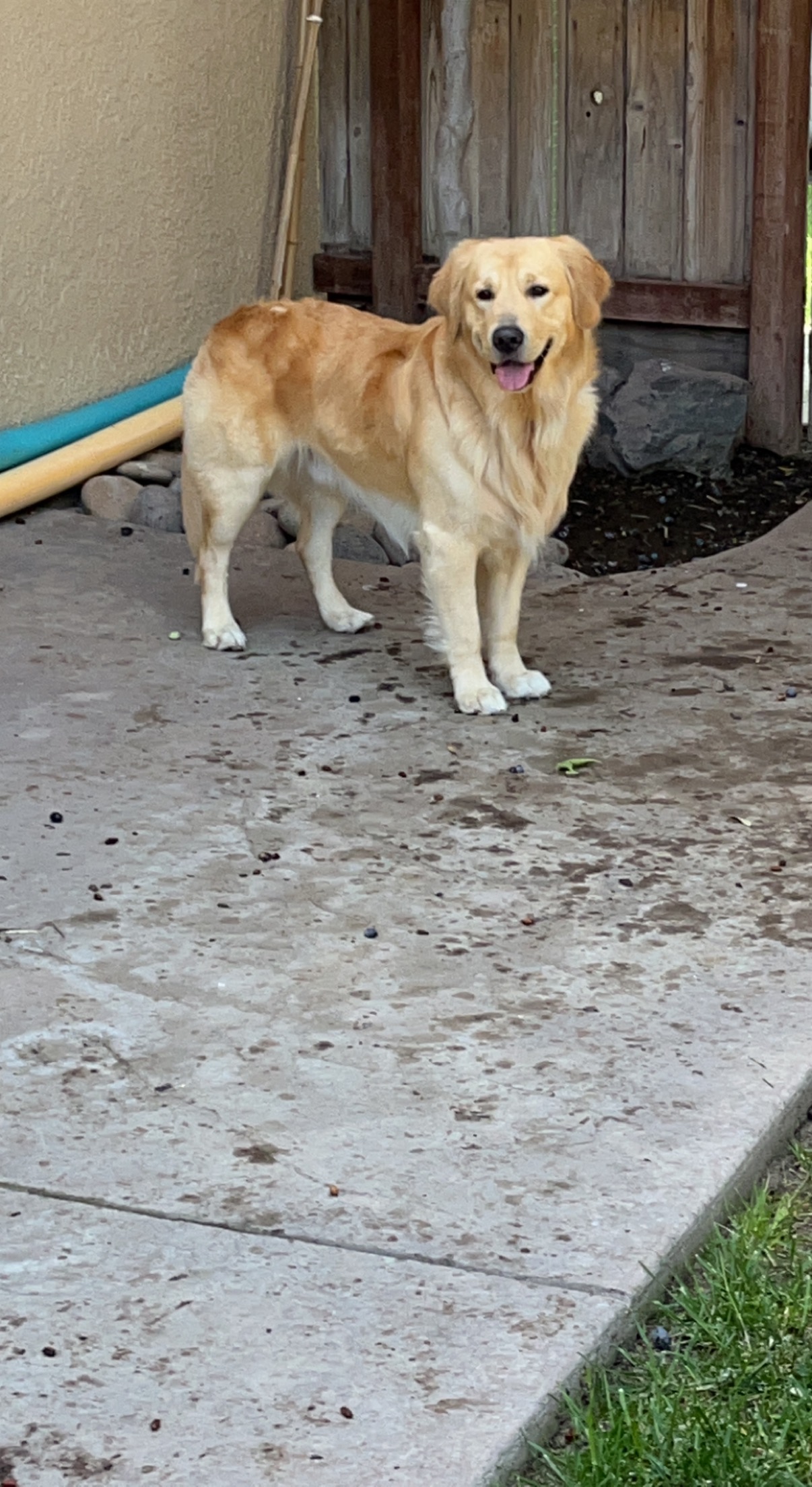 Milo the golden making friends and staring at a bird in the air!

More: Milo is a male golden retriever who has the best personality you will ever see! He once saw everyone in the family yawning and tried to join in with us yawning like a human and putting his paws up! He is the most friendly dog out here playing with humans and every dog he sees and he is rearlly ever angry and bark at people! He loves to play tag and he knows about every trick in the book!!
Vote