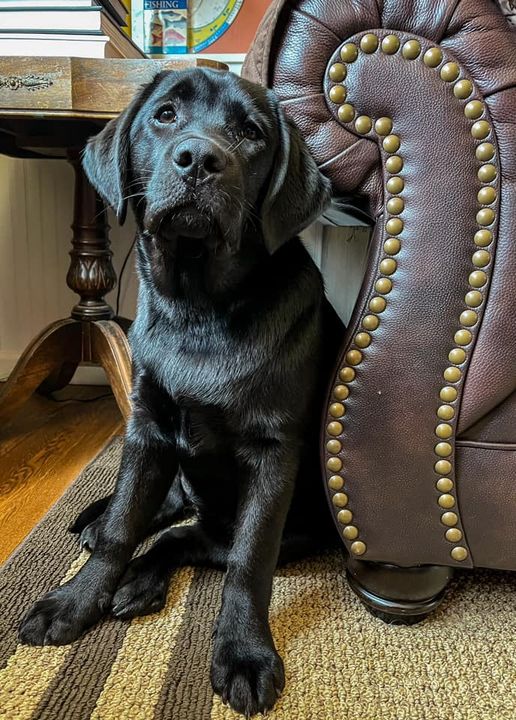 More: Minn-Erva was a blessing to me. She came to my home after a few sudden tragic losses in my family. In October 2020, I lost my dad Helmuth A Tupot (UDT/Navy Seal). My dad was my idol. My dad was my best friend. We did everything together. Our most common bond was our love for dogs. We had many over the years growing up. The tragedy did not end there. Five days after my dad past, my boy Phoenix (English Labrador) passed away. Phoenix was born with Renal Disease. He was expected to live to 1 years old. With extensive stem cell therapy in NYC, Internal medication on Long Island and specialized diets, my boy lived till 5 years old. I promised each day will be a great day ... no matter how long I had him with me. After their losses, it was too much for me. I went into a deep rut. I found myself more in isolation than the pandemic had us closed in. Months after wandering spots where Phoenix and my dad would hike with me in the Adirondacks or on Long Island, one of my friends reached out to me and said, "I know you may not be ready, but I have a friend who has a AKC Certified English Labrador and I spoke with her. She said if you want to take her ... she will hold her for you." I battled it in my head. I wasn't sure if I was ready. I did not want to lose the memory of my boy Phoenix. As I thought deeper, I realized I wasn't replacing him. I was going to share all his stories and training with my new girl. I was going to extend his memory. I was keeping him alive. On March 14th 2021, I brought Minn-Erva home from Cory Anger (Woodhall Breeders) on Long Island, NY. I broke down the moment I saw her. She just cuddled up and it felt as if she accepted me from the start. I named her Minn-Erva for a few reasons. One, the roman goddess Minerva is the goddess of medicine and wisdom. I needed that healing quality at this time. Secondly, I named her Minn-Erva after Harry Potter's Minerva McGonagall, because she was one of the heads of "THE ORDER OF THE PHOENIX". This brought a deeper connection to me with my boy Phoenix. Thirdly, I am a big Marvel/DC fan ... so even though there are some supervillains associated with the Mineva name, I choose the Minn-Erva name after "Thena" from the Eternals (Marvel). Thena's character was named Minerva in the 1940's. She has very similar qualities to the roman goddess, with a little extra abilities such as superhuman speed, energy blasts, immortality, telekinesis, etc. I bonded with this because she is my superhero. I'm writing this as I tear up ... but she has lifted not only heart, but my soul. She is my goddess. She is my super hero. She is my Professor. All photos are mainly on facebook ... Craig S Tupot 516-971-3685 128 41st street Lindenhurst, NY 11757 facebook.com/tupot/
Vote