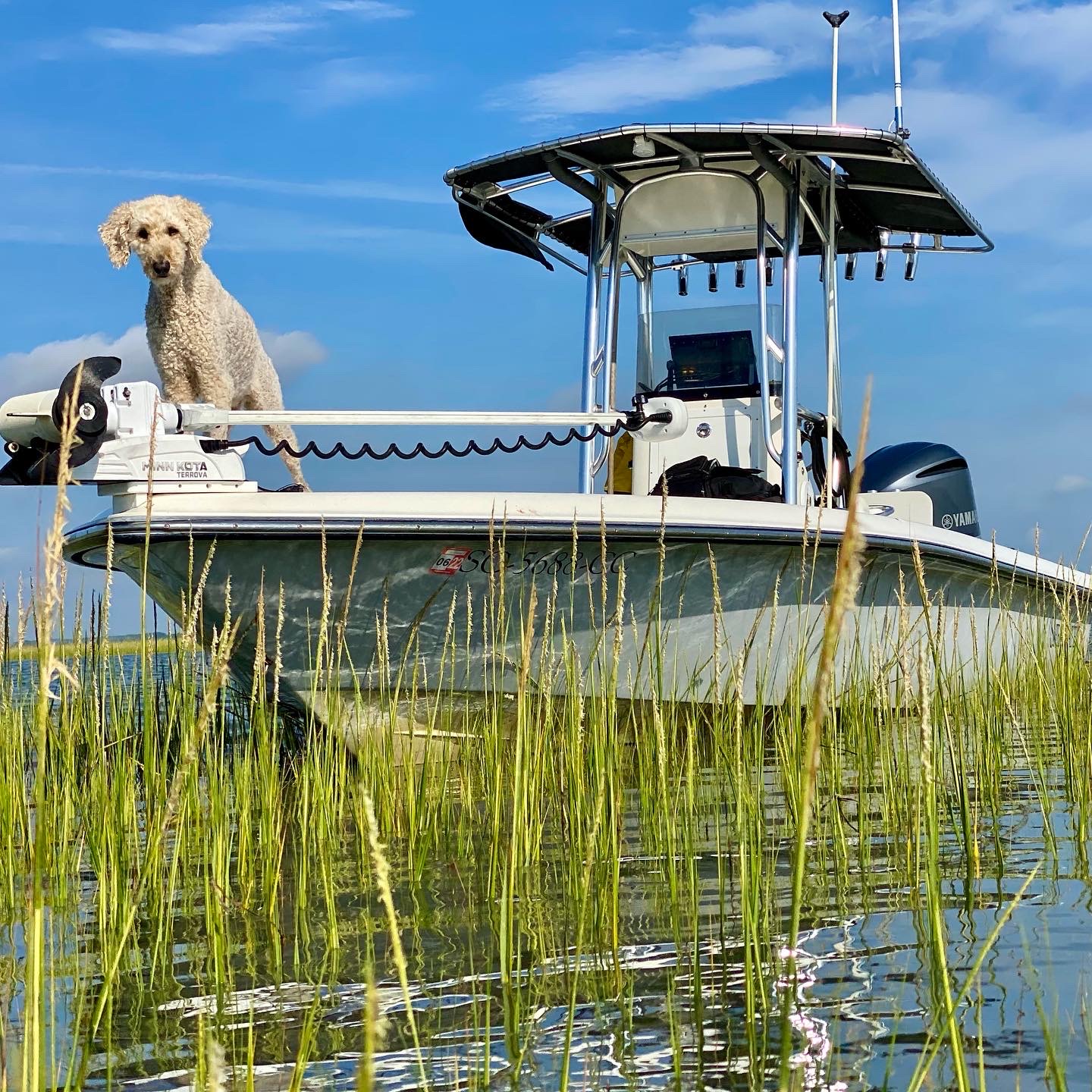 More: Moses spots dolphins. since he was a pup, he has worked alongside my wife, on an ecotour boat out of Isle of Palms, S.C. We literally had to spell out the word dolphin around him because he would get so excited. When he sees them he points and barks. Moses has also been on countless fishing charters with me and is in more tourist family photo albums than we know. He barks and gets excited at the sound of a screaming drag of a reel.
Vote